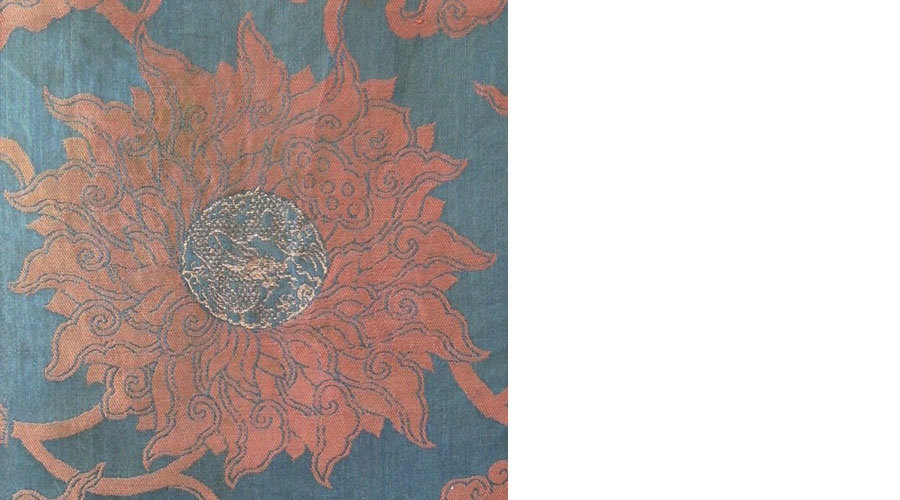 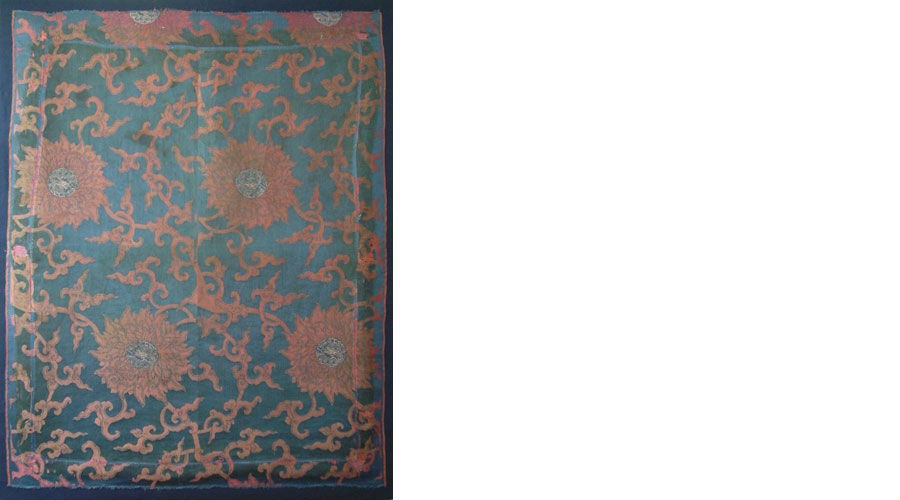 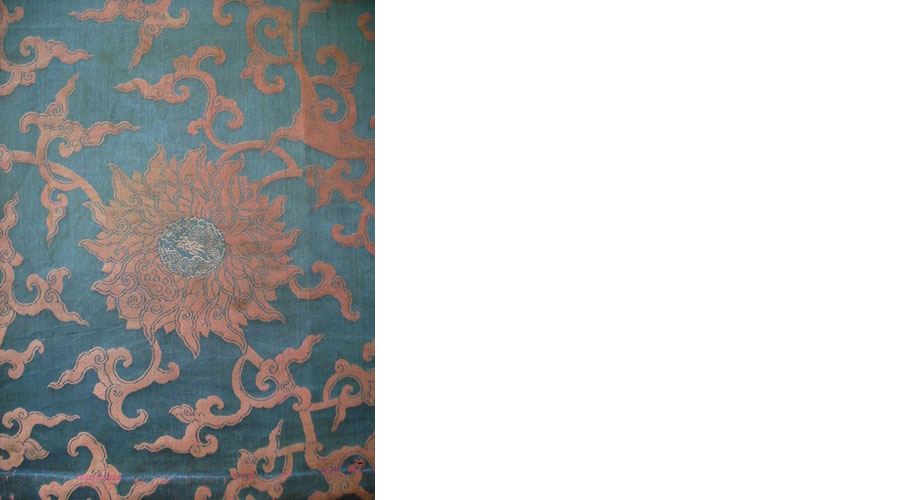 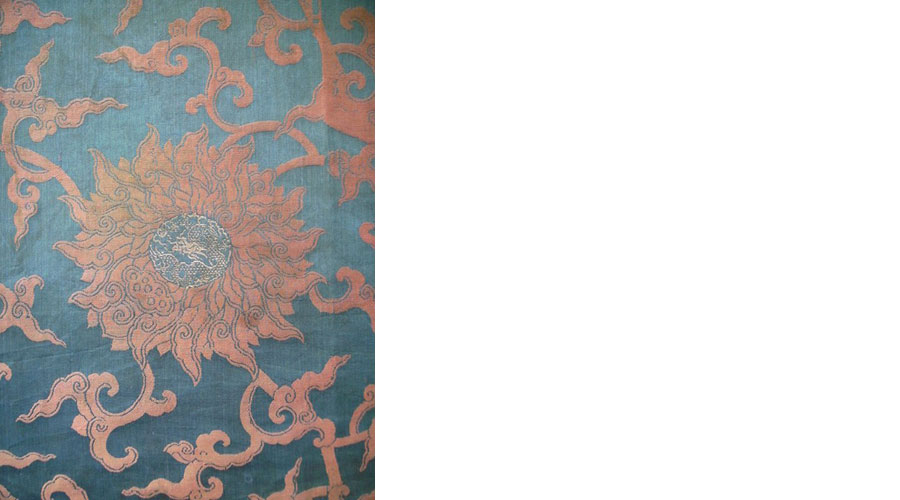 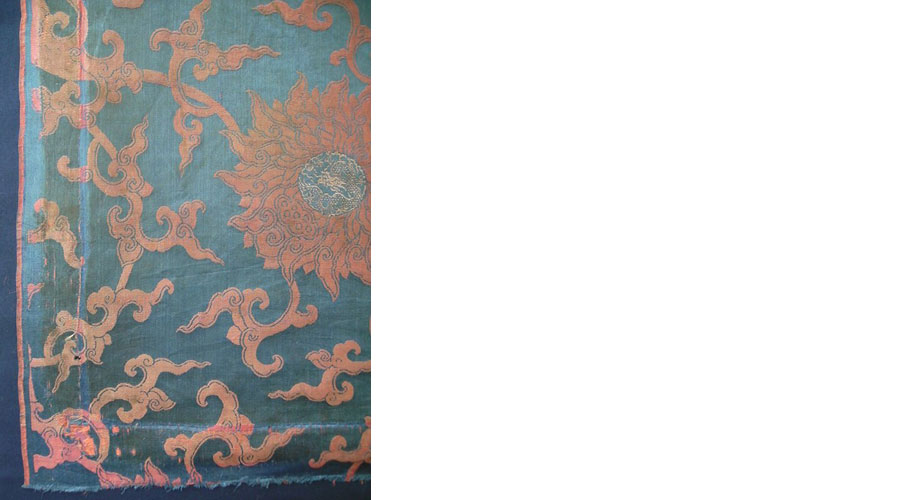 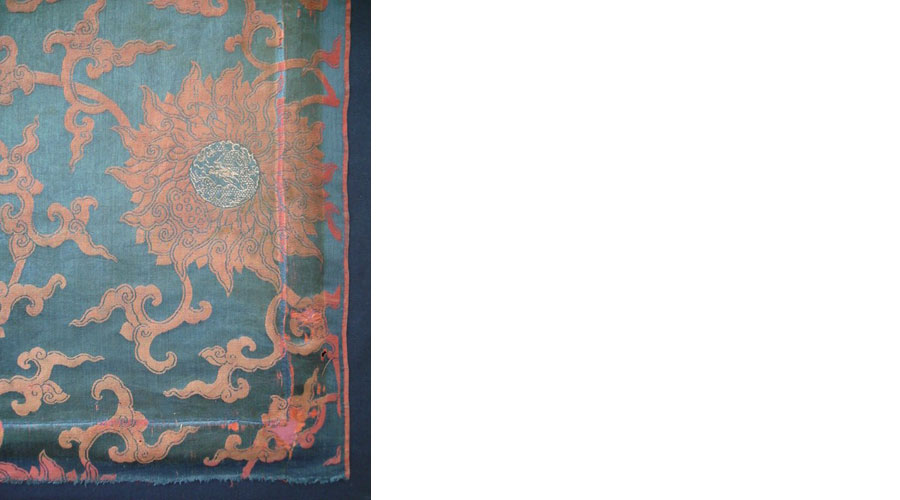 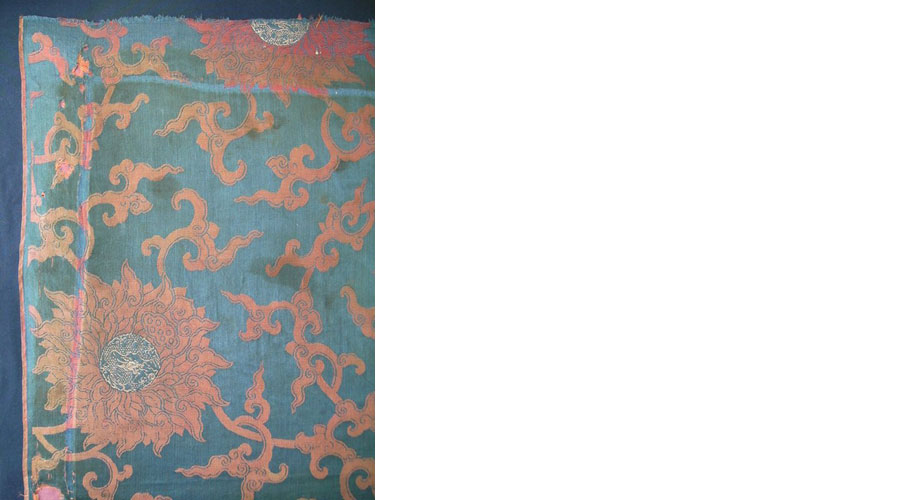 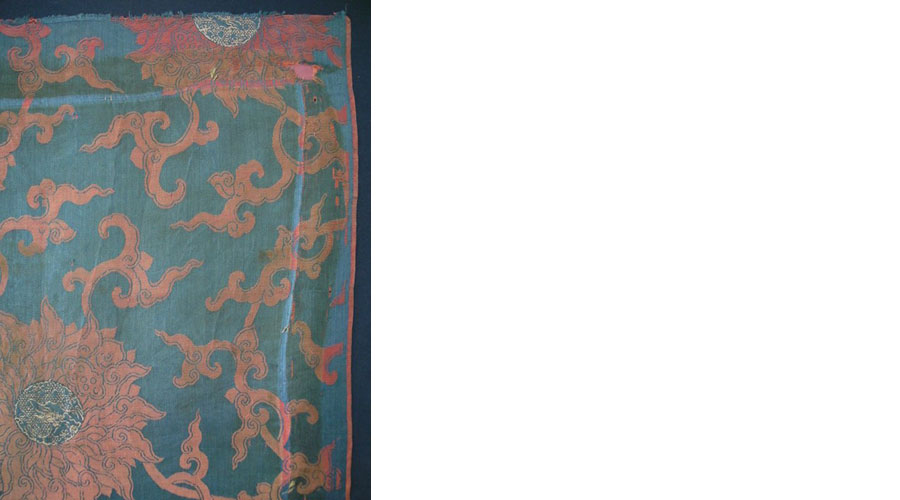 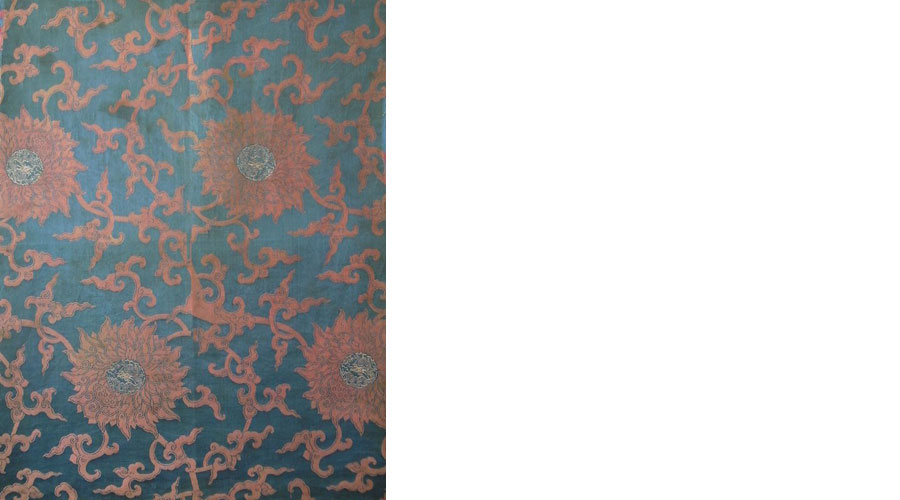 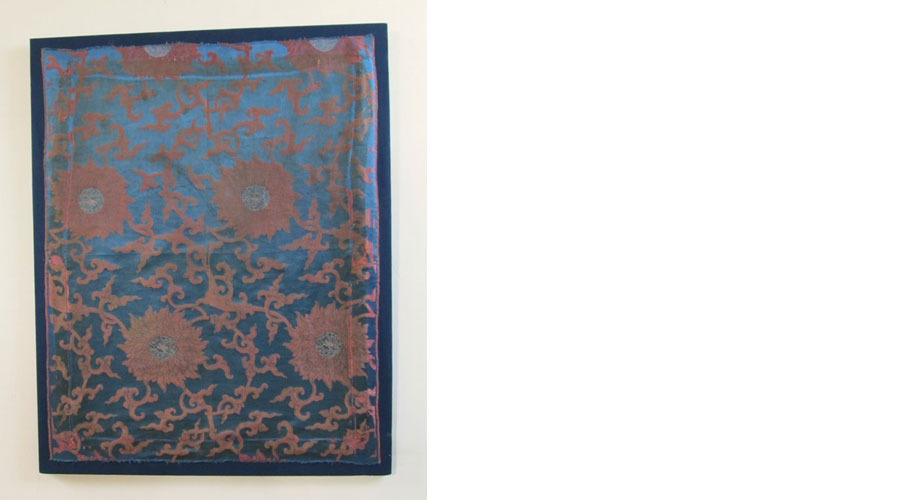 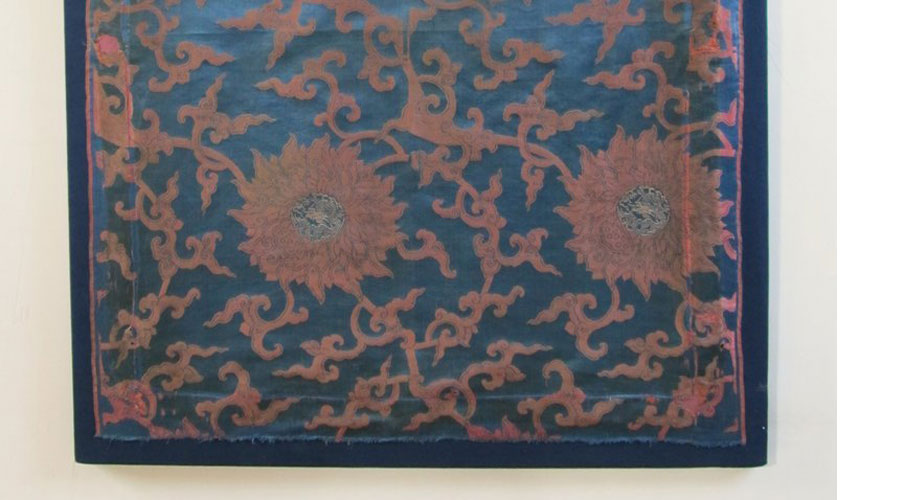 A large size panel of brocaded silk with a pattern of winding flowers. In the hearts of the flowers a climbing dragon. Late Ming or early Qing, ca. 1650. Full width with two selvages. The damaged areas along the edges show it has been incorporated in something bigger, probably a cover for a Thangka, a Tibetan holy painting or a canopy. What is now more like an orange hue was originally a strong pink as can be seen along the edges where it has been protected from light. This pink hue and the horizontal-diagonal ordening of the flowers add weight to a late Ming date. Dim.: WxH 75x94 cm. Mounted on blue cotton on foam-board. Very good general condition for the centre; damage along the edges. There are several comparable textiles in the collection of the Palace Museum of the Forbidden City. See: Vol.50, nrs.103, p.92, nr.112, p.98 and nr.142, p.121. 3.100 euro