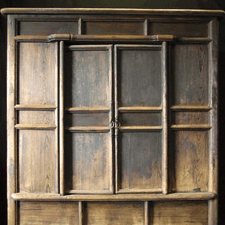 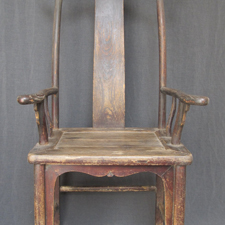 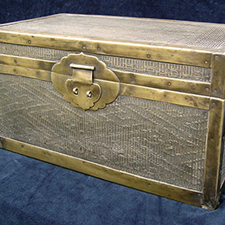 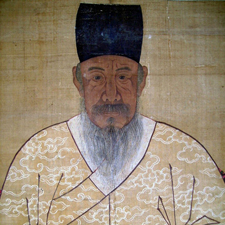 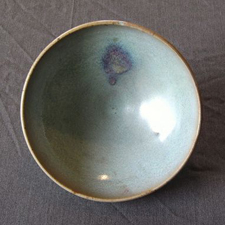 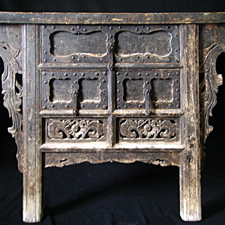 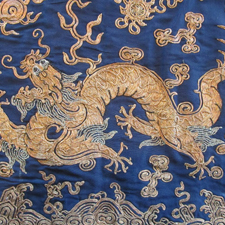 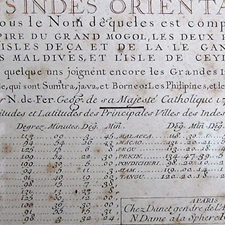 One way to define restoring as a concept could be: bringing back to the original condition preserving the old without any additions or changes. Therefore all work on it should be reversable. Hence the majority of antique pieces of Chinese furniture that is on the market has been ruined and has actually lost its value as an antique item. The heart of the problem is the way the Chinese are used to restore and the question is what comes first: is it that the Chinese workshops think they supply what the customer in the West asks for or do customers in the West simply accept whatever is being offered and have we all become used to it?

In China, restoring antique furniture many times starts with lying as a quick and thorough way to clean it. By doing so it will loose its original, through use and smoke formed, dark colour. Almost without exception it will be heavily sandpapered and smoothened which will cause the loss of the old surface forever. Another problem is the usage of a hard as glass brown two-component glue that is so thick and tough and fast drying which both causes complicated joints not to fit anymore and gulps out of every possible opening. Did you know that the old Chinese carpenters hardly ever used glue? All joints were made with mortises and tenons which were being secured with a wedge. As firm as a rock without the use of glue!

Then the finishing touch or more precisely the death-blow: original layers of lacquer that are damaged or flaking are in most cases re-lacquered to make the item look more ‘neat’. Irreparable loss of the original condition! Every piece of furniture that leaves the average workshop in China is finally treated with varnish; slimy thick or thin, clear or yellow/orange or brownish, shining or dull. Whatever it may be, it has nothing to do with the original condition of the piece and it is hard or even impossible to remove. One might think that things can’t be that bad but, trust me, I have seen 17th century pieces that had been treated this way and had been irreparably ruined.

With all restorations I do it’s my goal to keep the piece of furniture as pure and as close to its authentic condition as possible. Superficial dirt must be removed of course, loose joints have to be strengthened and missing parts replaced; nobody wants to sit on a dirty rickety chair.

All of this is done with great reserve; rather a moist rag than a bucket of soap-water or an old tooth-brush than a steel-brush to clean an item. I never use varnish and I’m careful with wax. The more perfect the piece of furniture, the less one SHOULD do. Every single piece of antique Chinese furniture is different and asks for a different treatment which is part of the challenge. In fact my starting-point is not so much what the customer wants but what the furniture demands.

Kinds of wood used: The most famous kinds of wood used within the Chinese art of furniture-making are huang hua li (yellow rosewood) and zi tan (padouk or purple sandle) which were very much in taste at the imperial court and which could further only be afforded by the real upper class of the population (which, in fact, is still the case considering auction records!).

Most commonly used, throughout all periods is however yu mu ( elm). Widely at hand, strong, durable and relatively easy to work with. Apart from elm one finds a wide range of types of wood used ranging from walnut to pine, locust etc. which were strangely enough often used in combination with each other within one piece of furniture. Each sort was being selected for its own specific qualities; e.g. strong elm for the legs and the main structure of a table, nice looking walnut for the top and easy workable softwood for drawer fronts and carvings. Apparently one didn’t consider these combinations to be a problem and as most pieces of furniture were finished with a dark lacquer anyhow, it wasn’t visible.

What has occurred to me over the years is that with softwood furniture from the Ming period there seems to have been more attention paid to sturdiness and quality (in the choice of kinds of wood and thickness of panels for example) than with later pieces. If there appears to be a Ming-Qing distinction within the woodwork, it is evident however within the lacquer-techniques used.

Lacquer-techniques: remarkably enough the lacquer work of a 17th century piece of furniture is usually of better quality and better preserved when compared to an 18th century example. During the Ming period (soft)wood was usually first pasted with a layer of textile before being lacquered in order to prevent warping and cracking.

At the same time it created a stable base for the layers of lacquer on top which were thicker and better of composition than in later times. During the 18th century the wood was no longer prepared for lacquering with textile but pasted with paper or simply a layer of clay which didn’t enhance the durability in general. The composition of the lacquers became less in quality, either brittle or heavily cracking with an apparently all time low in the second half 18th century: a tiny coating of lacquer over a thin layer of clay on the sides of cabinets that either has fallen of by itself over time or can be scraped off with a fingernail without effort; that is were the painting-brigades in the Chinese workshops come in ...

Kinds of wood most commonly used