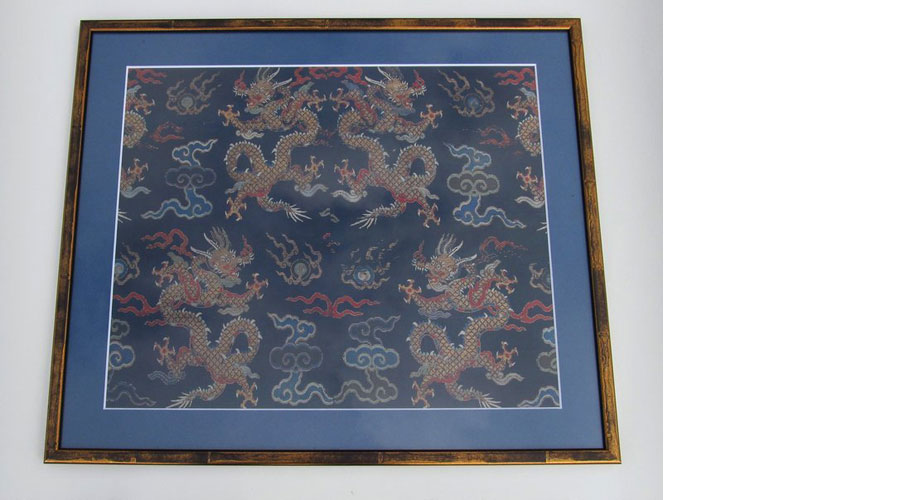 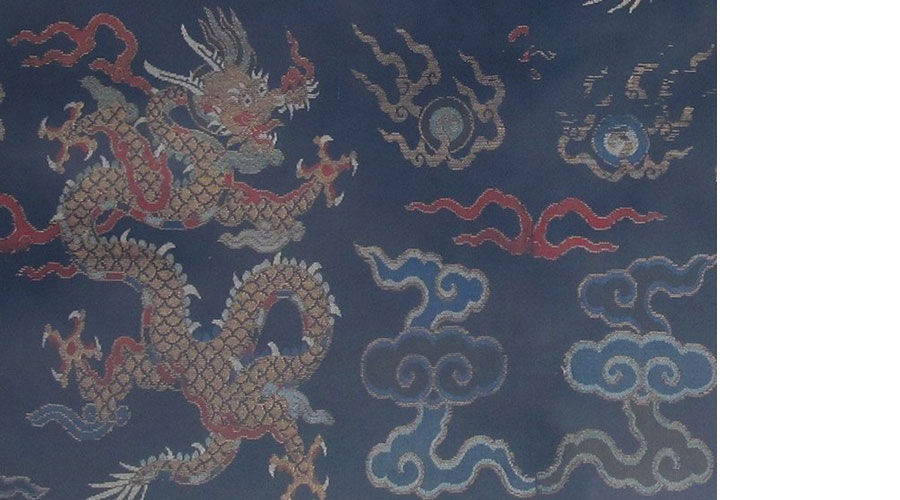 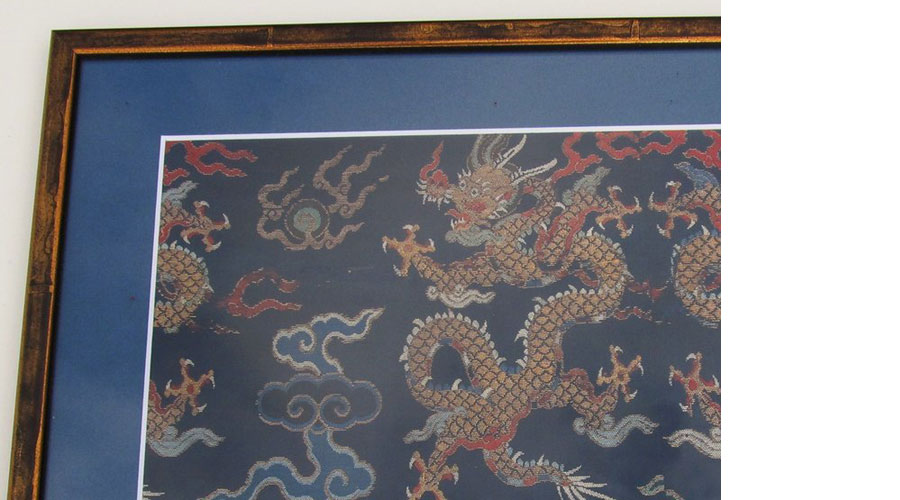 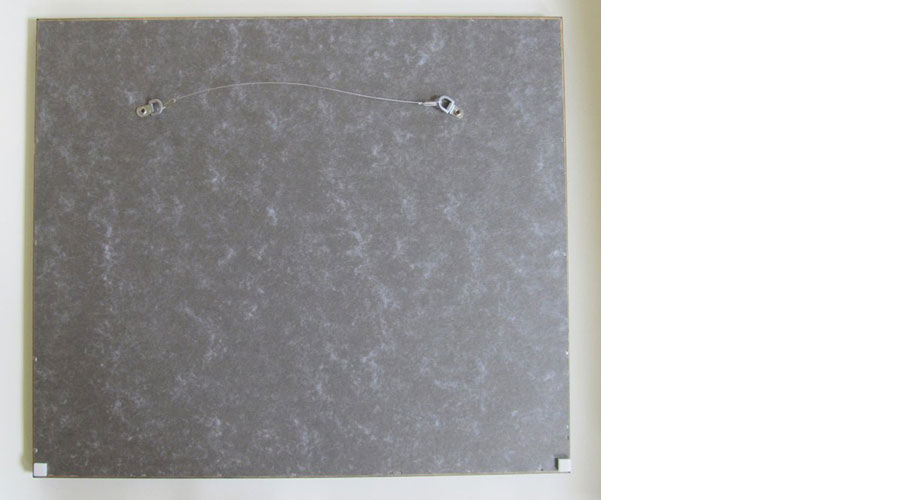 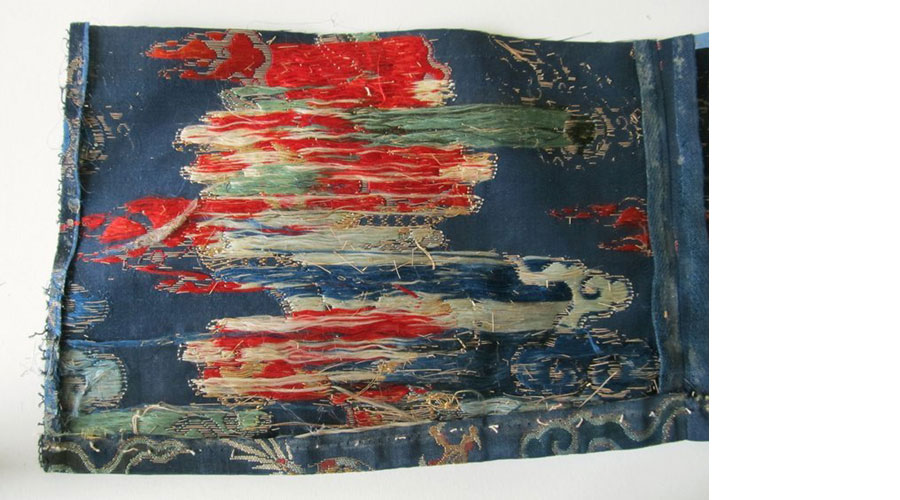 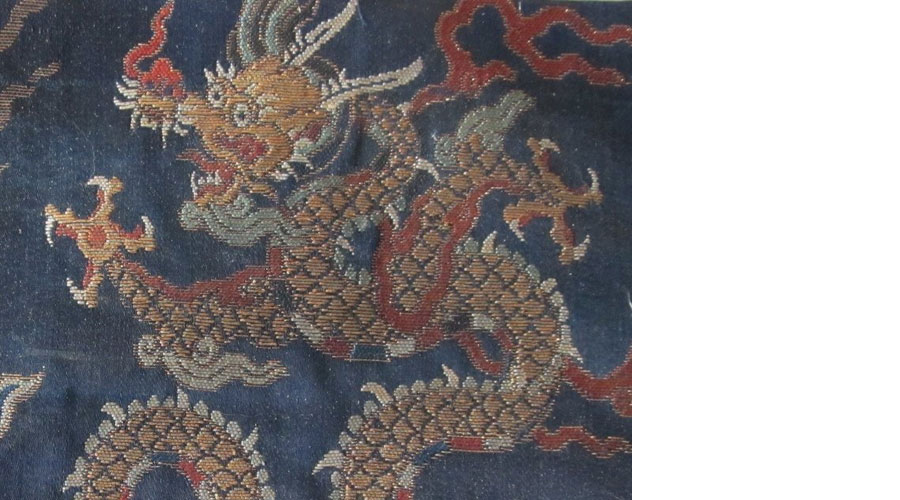 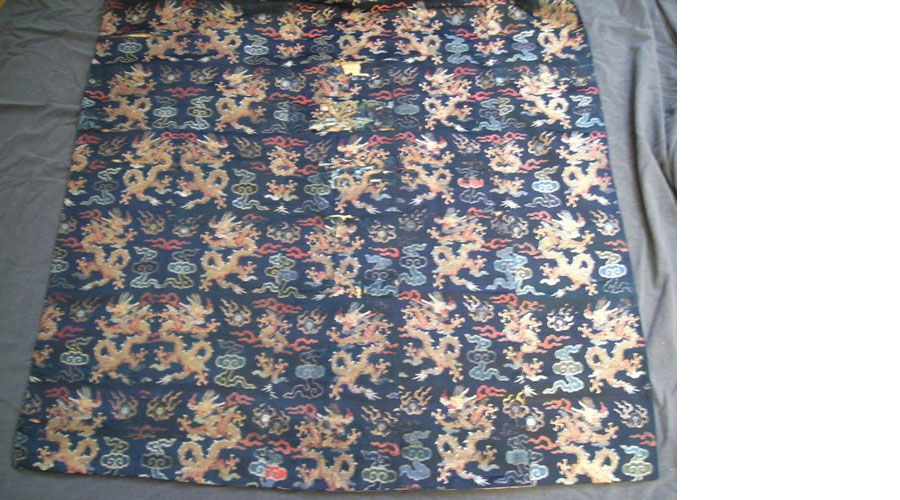 Gold brocaded dragons among clouds chasing flaming pearls. The fragment is 33cm high and 40cm wide. Size of the frame is 43x50cm. Although the style of the dragon, clouds and colouring does resemble textiles from the Kangxi period, it is more likely 19th century made for the Tibetan market. It stems from what probably was a canopy. I had several fragments in different sizes cut out as the canopy as a whole was in too poor condition. There's a vertical joint in the middle Condition: the gold is shiny on the dragons and in good condition. There's wear on the gold at one flaming pearl. At the upper left corner there's some wear to the blue ground fabric but not disturbing.