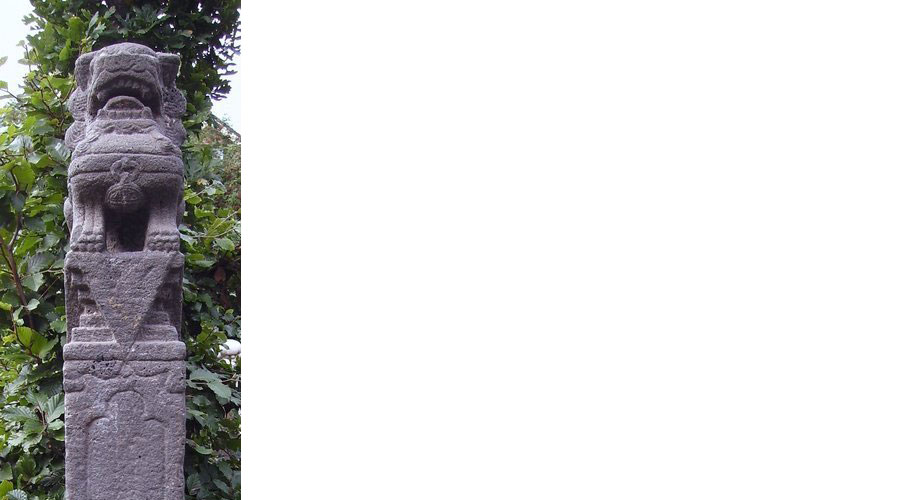 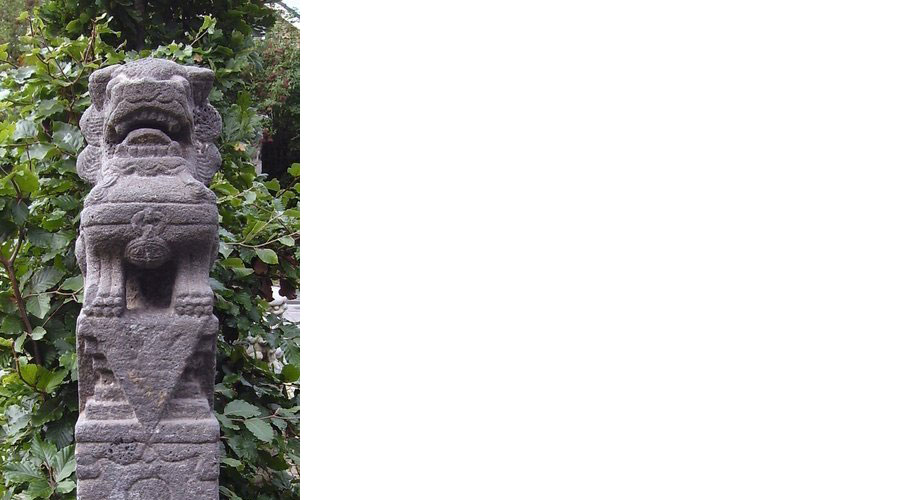 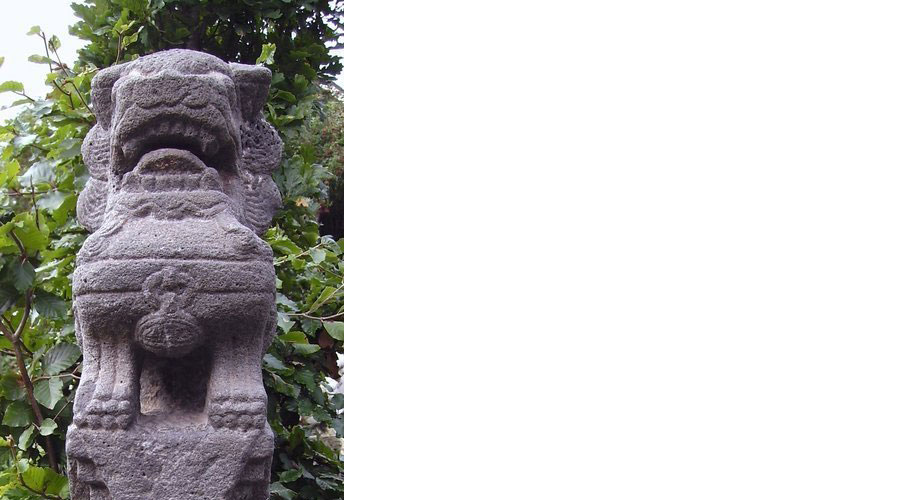 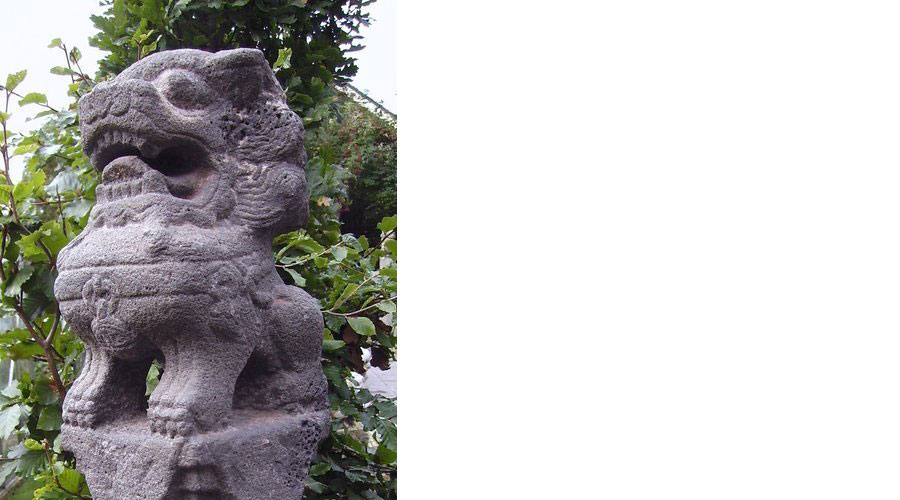 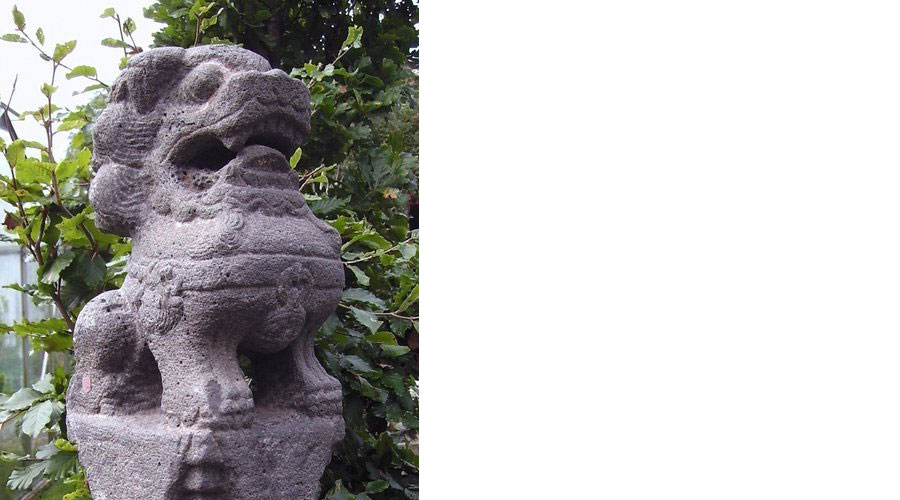 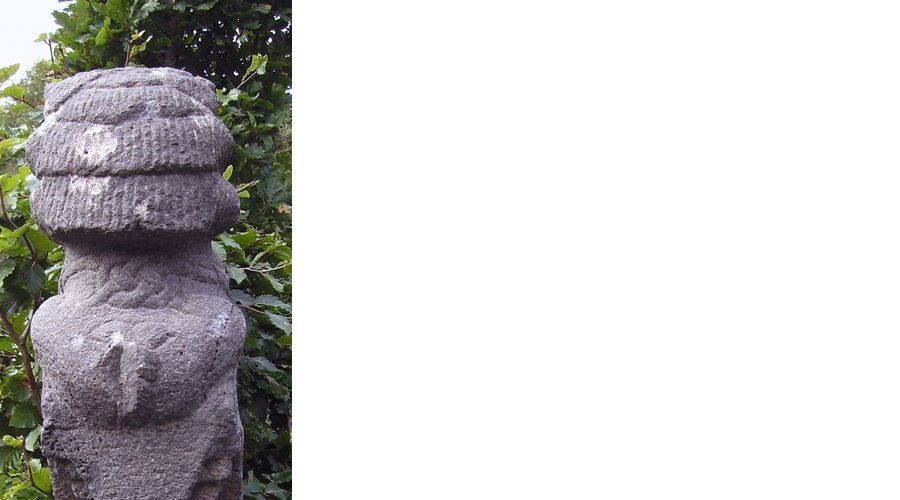 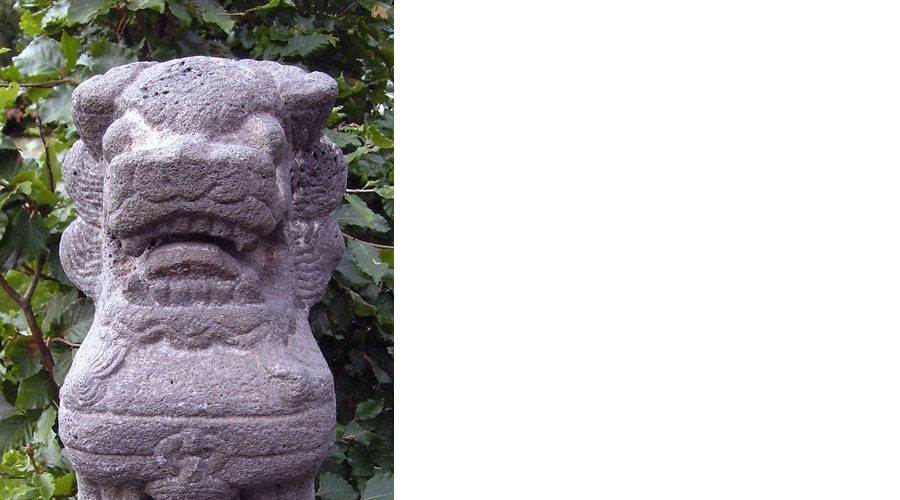 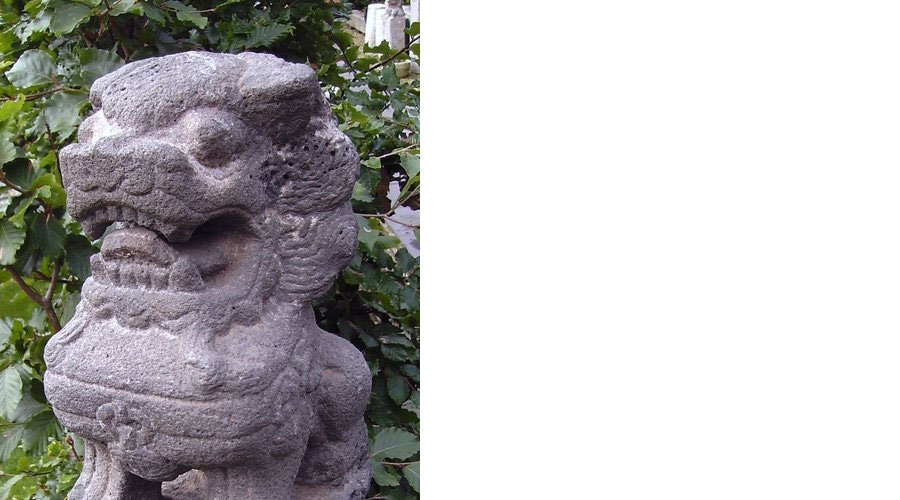 Part of a horse tethering post carved in lava stone, 19th. C. or before. These stone posts are typical for Shanxi and Shaanxi province and were made to fasten horses at. This one has been cut at 120cm, leaving the rough part that would have been dug into the ground away. There's a hole through one of the sides of the post, meant to put the rope through. The legs of the lion have been used for the same purpose as the area around it feels very smooth. There's one peculiar detail in the decoration: there's a three-lobed arch that is not typical Chinese but rather Muslim. It's possible that this pole originates from the area of Xian in Shaanxi province as there was historically a large concentration of Muslims living there.

19th century or before