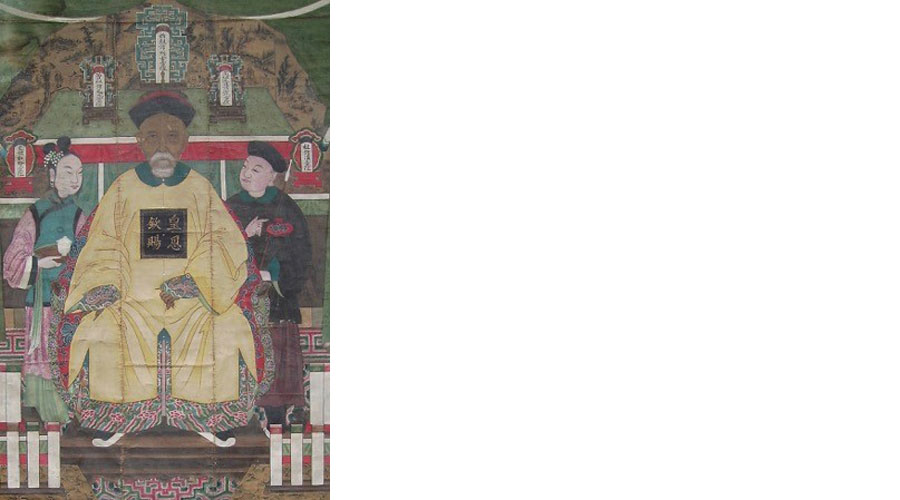 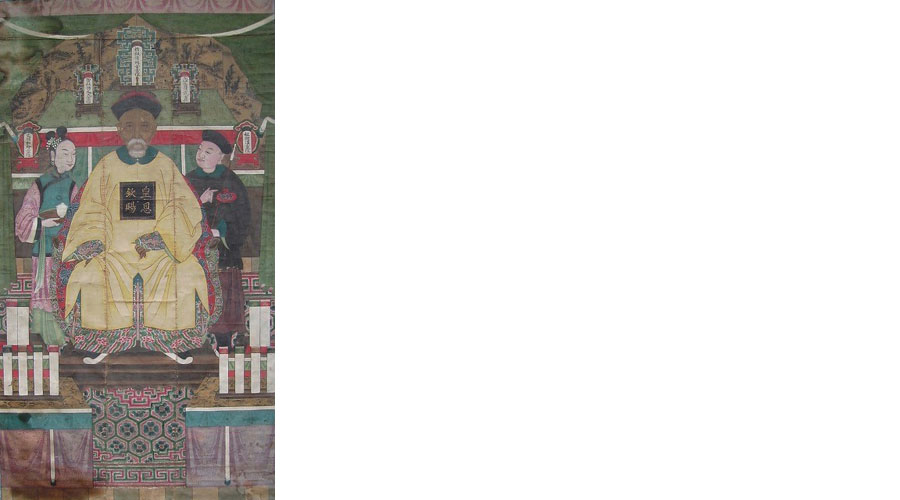 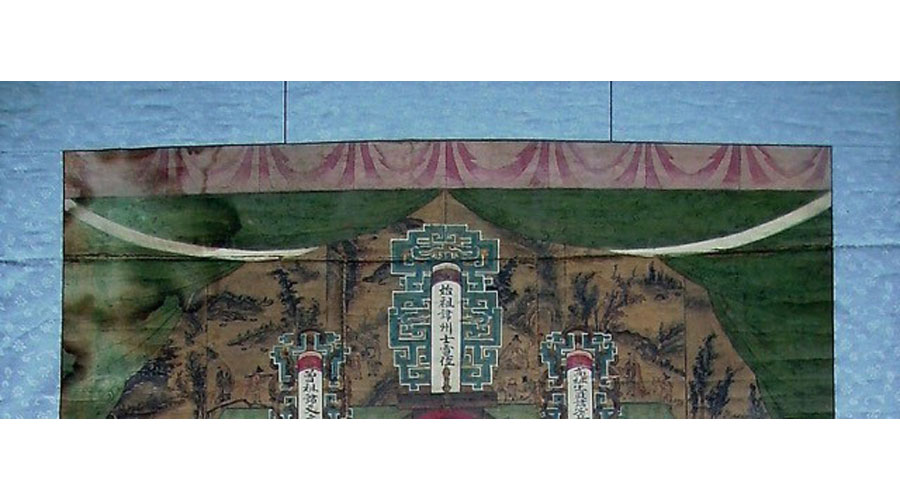 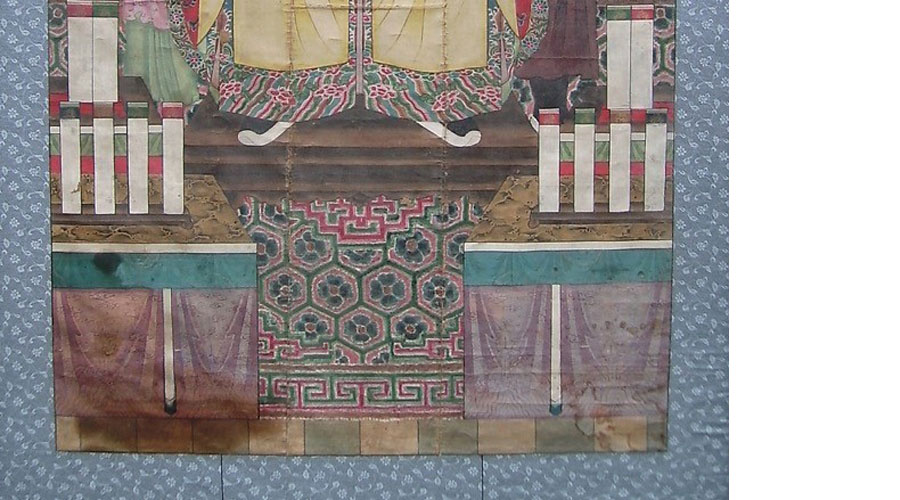 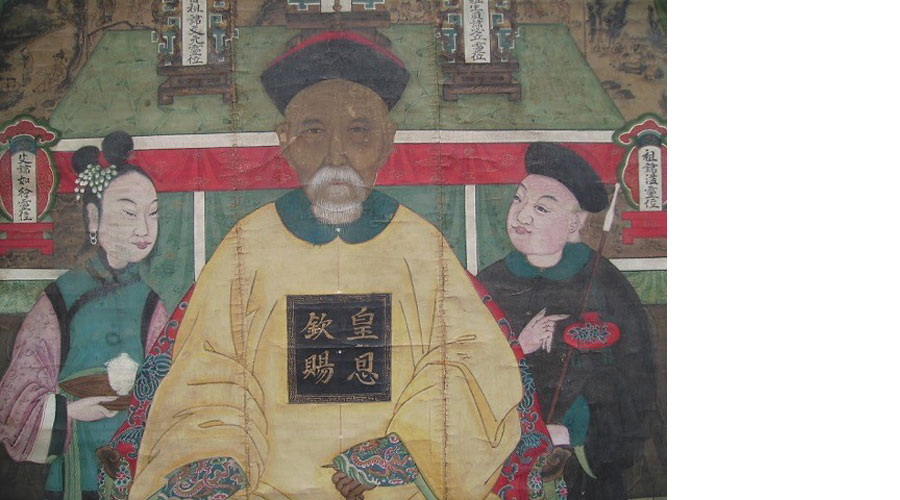 Painting of a dignitary in an imperial yellow robe flanked by two servants holding tea and a lantern. The background is formed by an altar table with spirit tablets, a screen decorated with landscapes and figures and a draped curtain. The use of the color yellow in clothing was the exclusive right of the emperor and his family and could further only be used with his permission. The kind of yellow robes as in this portrait were often a gift of the emperor to a man of merits as is the case here. The text on his breast panel reads: gift of the emperor, with permission of the emperor. The portrait is painted on canvas cloth stitched together from several pieces. The face of the central figure is painted on paper that has been glued on the canvas. Working on paper enabled the artist to work with more detail than on the more coarse canvas and these so called "paper-pastes" were used often, mostly for faces. As a whole a very nice painting in it's kind well painted with a lot of detail. Stains in the upper left corner and along the lower rim but further in fine condition. The rim itself is a blue silk fabric that has been renewed recently, covering the old stained rim. Shanxi province, aprox. 1800. Dim.: HxW 189x109cm.

PA19 - Painting of a dignitary in an imperial yellow robe