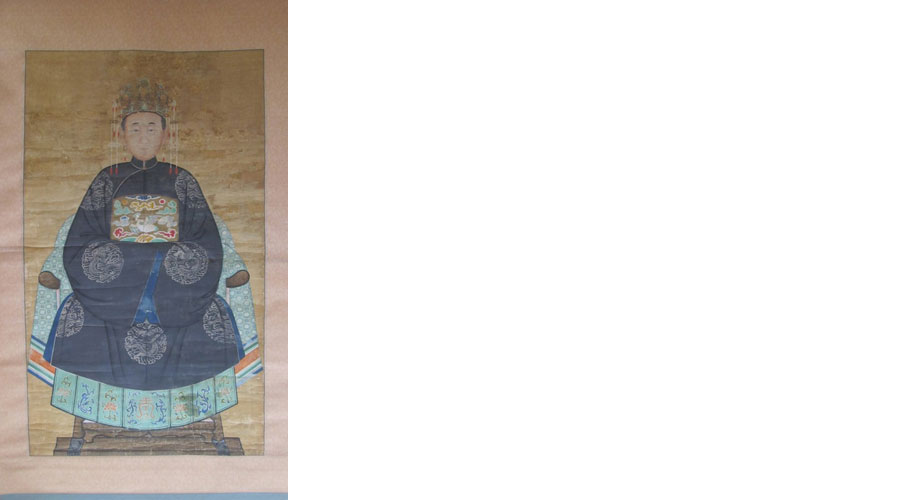 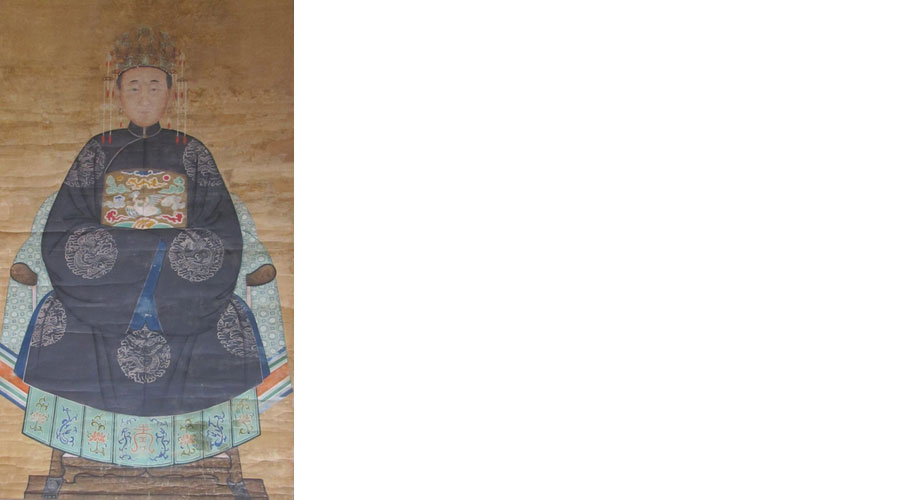 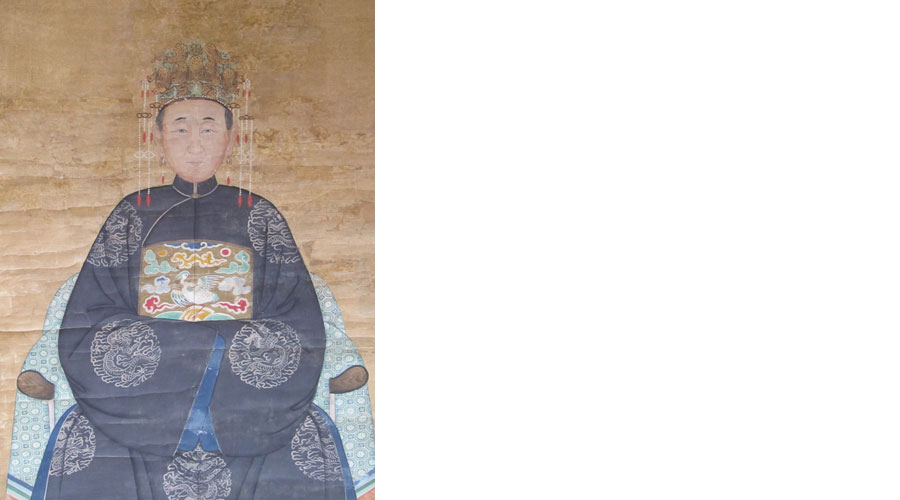 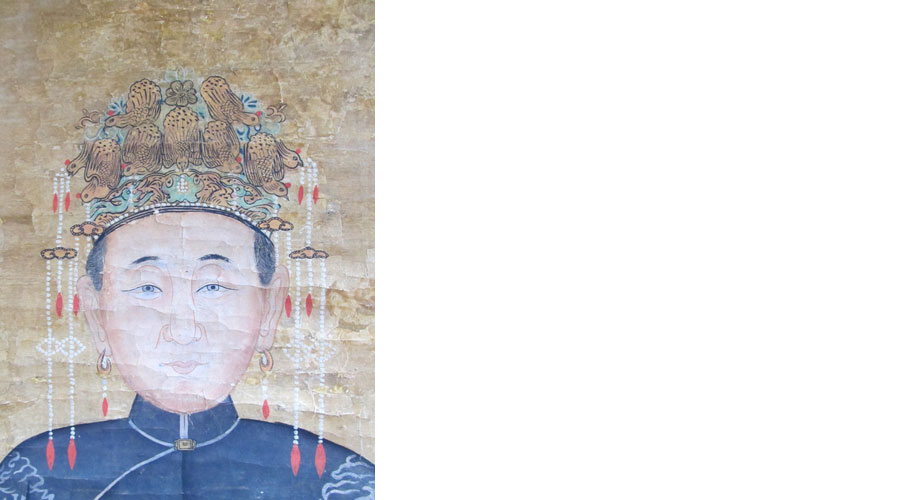 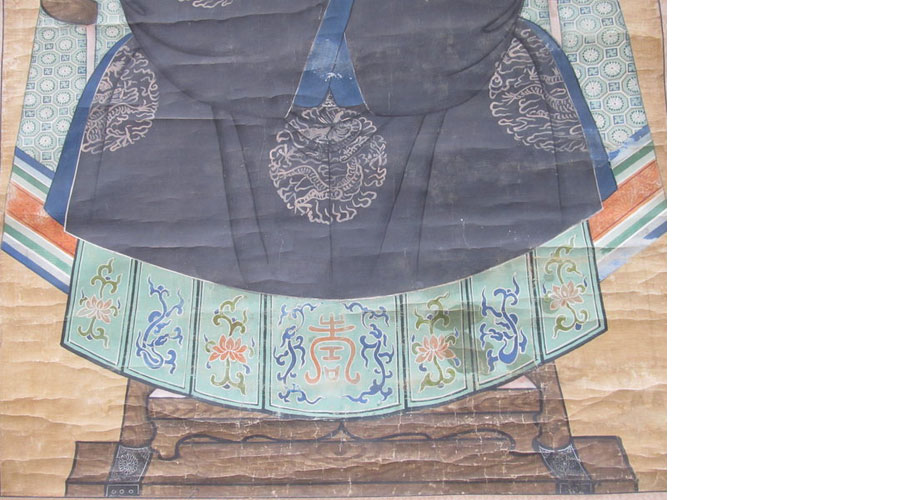 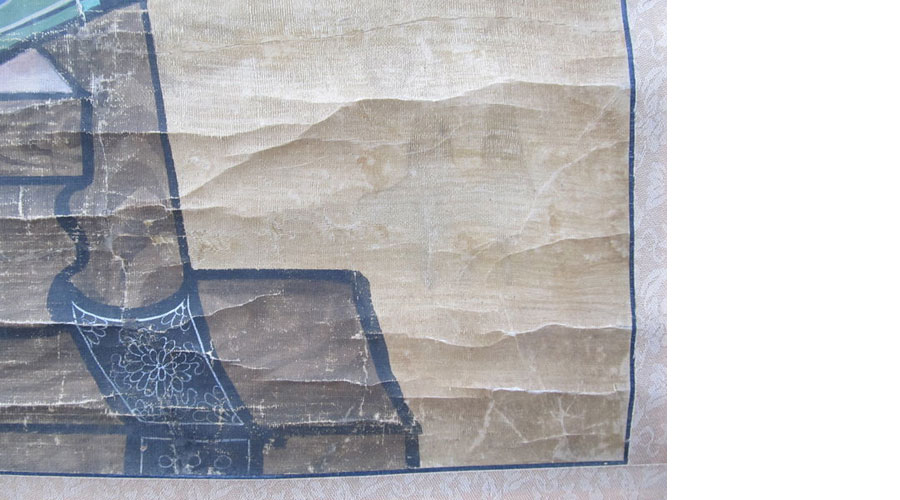 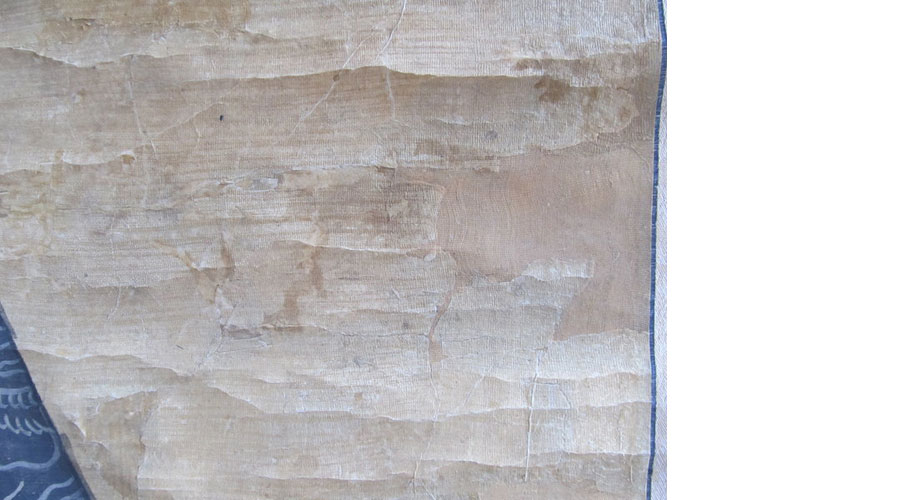 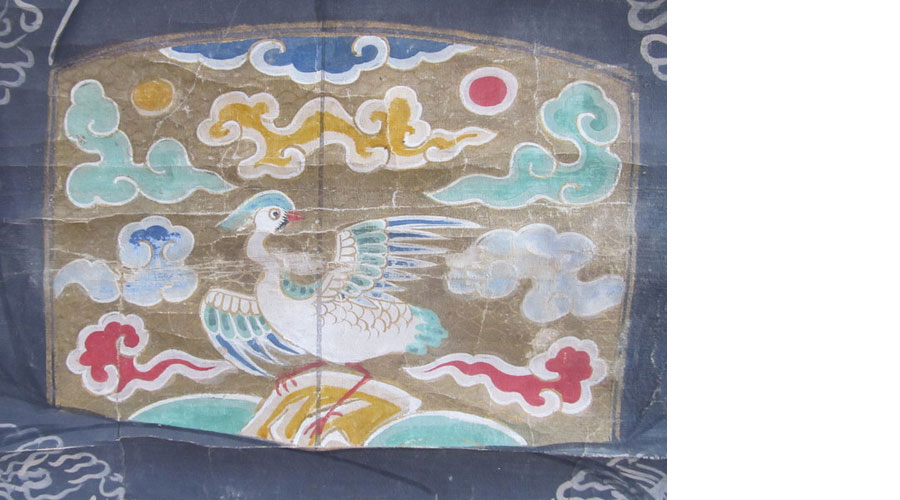 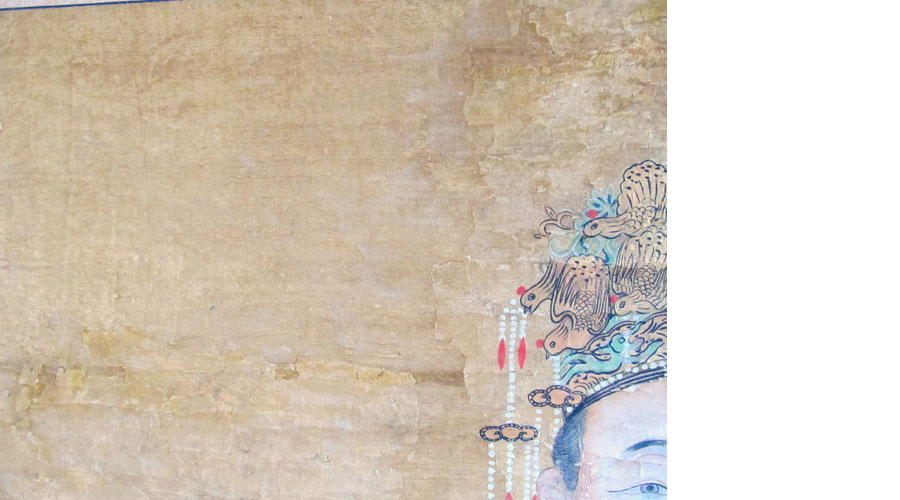 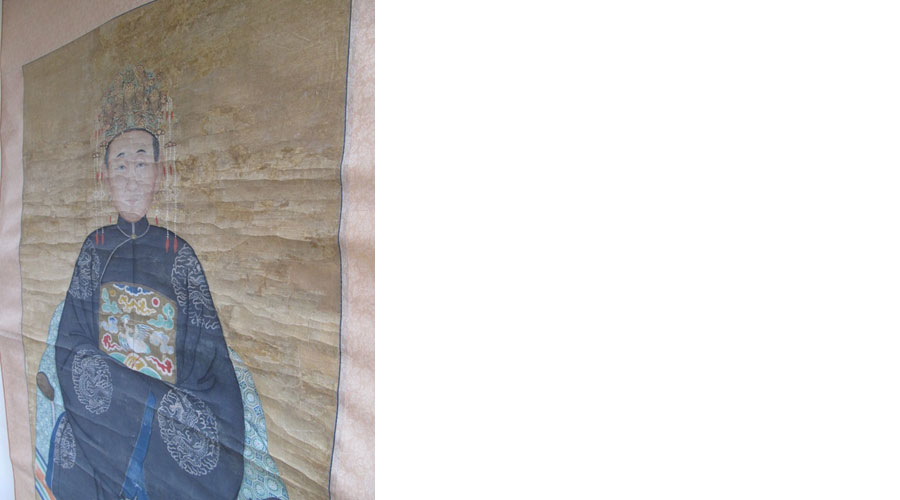 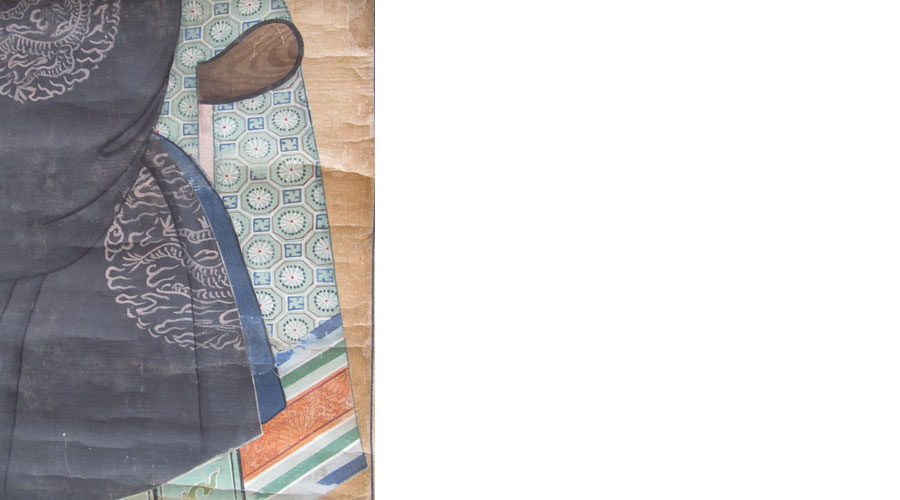 Portrait of a woman. The badge on her clothes indicates her husband's civil rank; in this case probably an egret which was symbol for a civil officer 6th rank. Shanxi province. Painting on silk, paneled and remounted on a scroll. The yellow silk background shows many cracks and restored spots, especially on the upper side. These haven't affected so much the painted sections however. It is possible there has been some touching up on the gold in the crown. LxW 258x107 cm (scroll) / 142x83 cm (painting). This painting is difficult to date. The clothes of the woman are Ming in style but that doesn't mean much as many portraits were copied later or the Ming style was used to indicate the particular ancestor was "far away" in time. For safety it's best to date this portrait as 19th century. There are however some remarkable aspects: most portraits from Shanxi province were painted on canvas rather than silk, especially during the 19th century. The face of the woman is also depicted in a way I don't recognize from other 19th century Shanxi paintings. The rank badge is interesting as it is Kangxi in style regarding shape of the clouds and colours. This Kangxi style details come back in the lower section of the robe- the ornaments on the plaits and the pattern of the textile covering the chair. Say 19th C. or earlier.