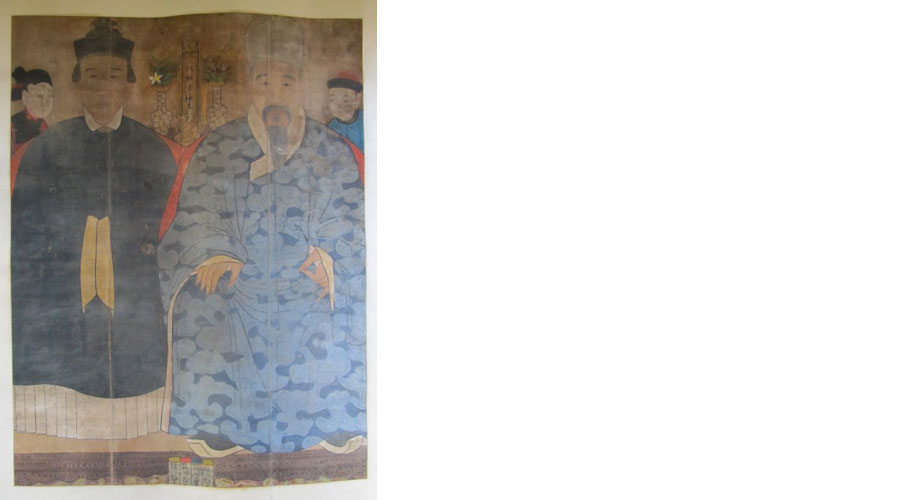 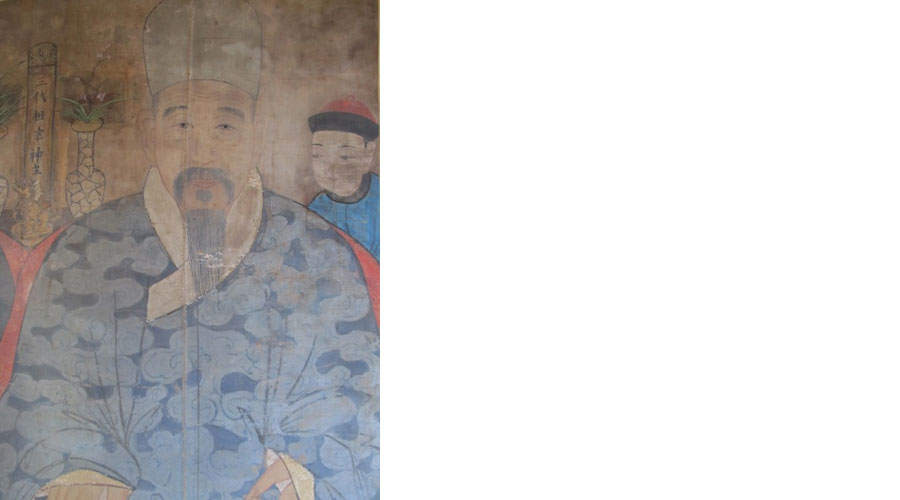 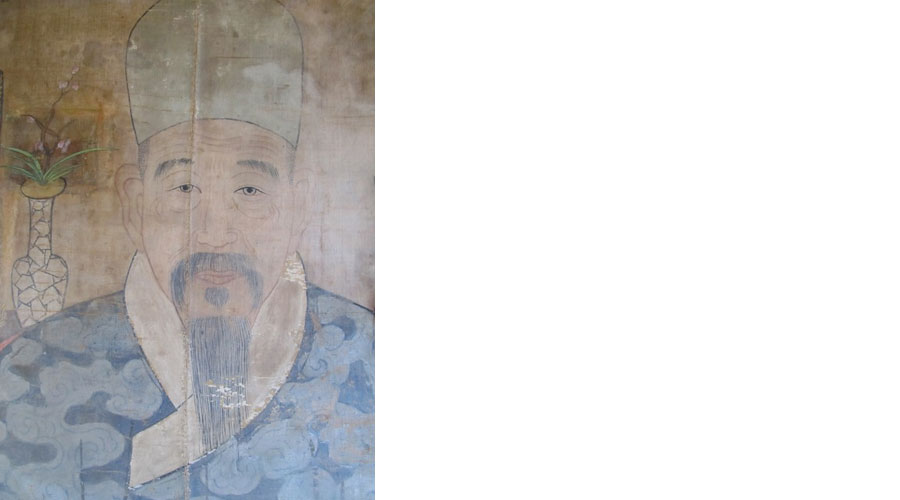 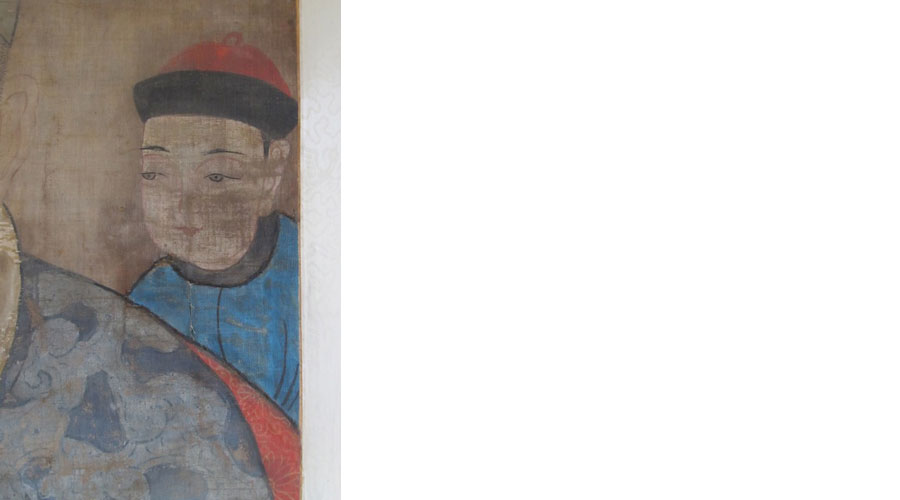 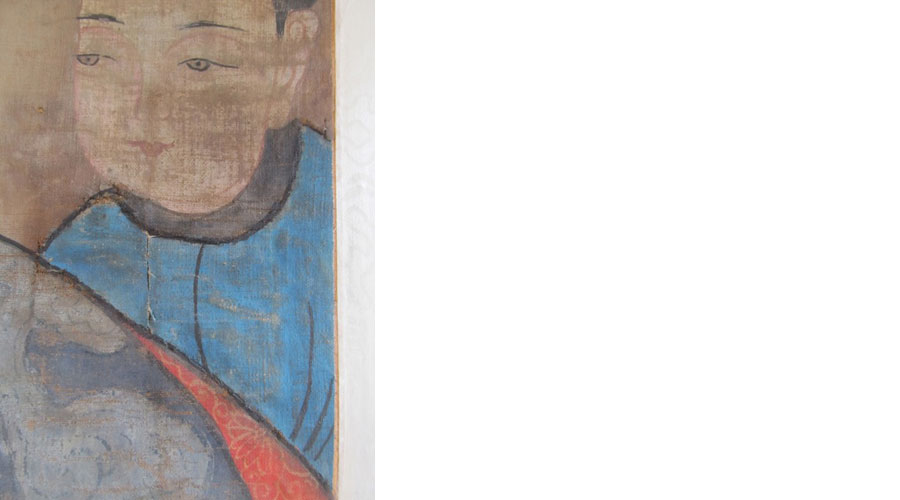 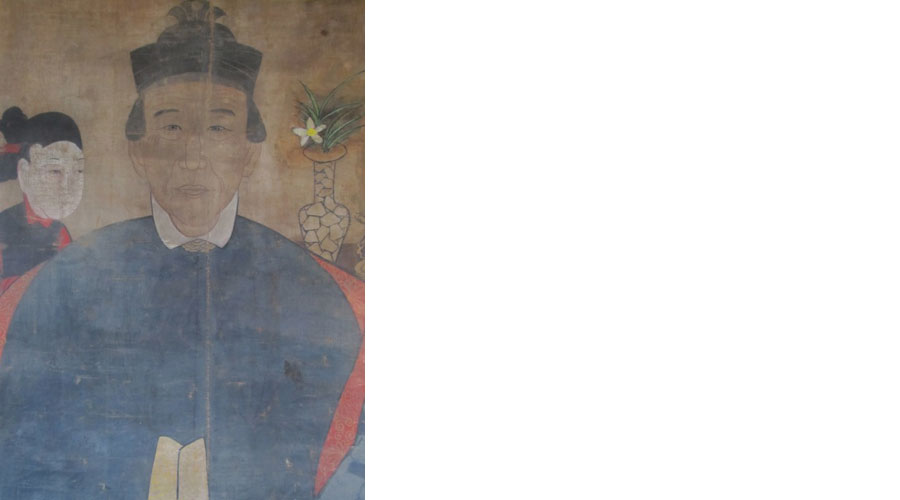 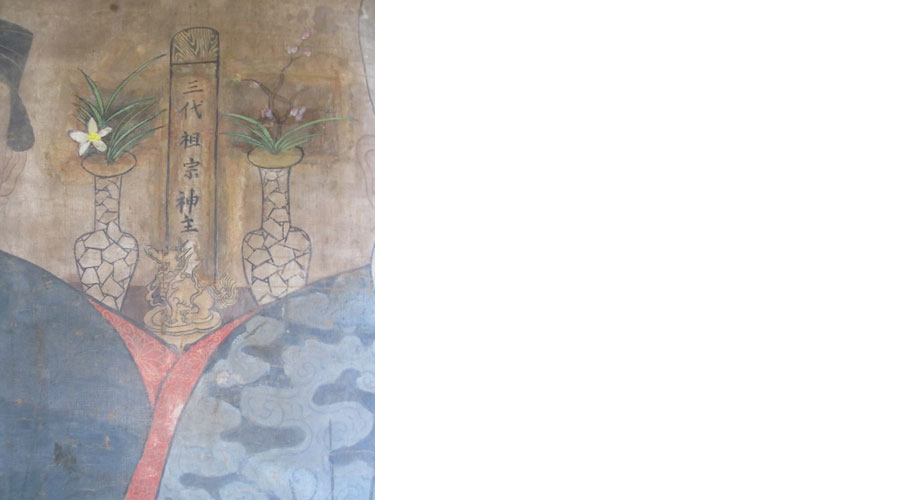 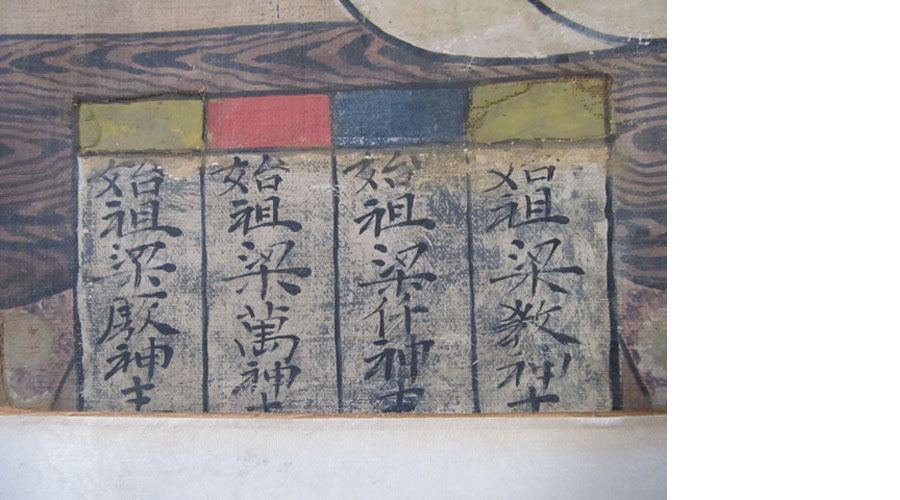 Portrait of a couple with two servants in the background. Although this painting is Ming in the sense of clothing, colours used and the simple composition, it is unlikely it is actually Ming period. Most portraits in Ming style are in fact later copies made to replace a lost or damaged original. This portrait has probably been painted in the 18th or even 19th century. The simple decoration of the chair covers and the rather schematic rendering of the cloud pattern in the man's dress point that way. The blue of the servants jacket in the upper right corner is a restoration. It's likely the original color was aggressive coppergreen which ate away the canvas. Painting on canvas, remounted on a scroll. Shanxi province, ca. 1800. Dim. HxB 211x114cm (scroll) / 130x98cm (painting).

PA05 - Portrait of a couple with two servants in the background