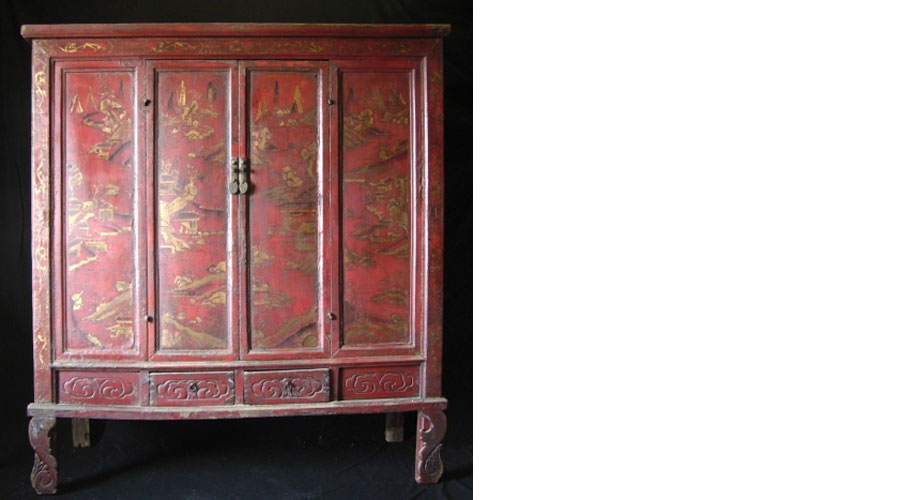 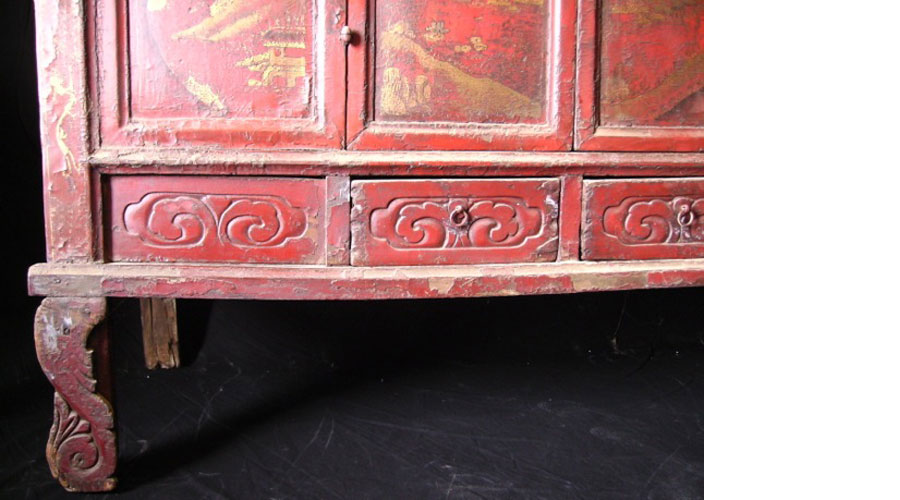 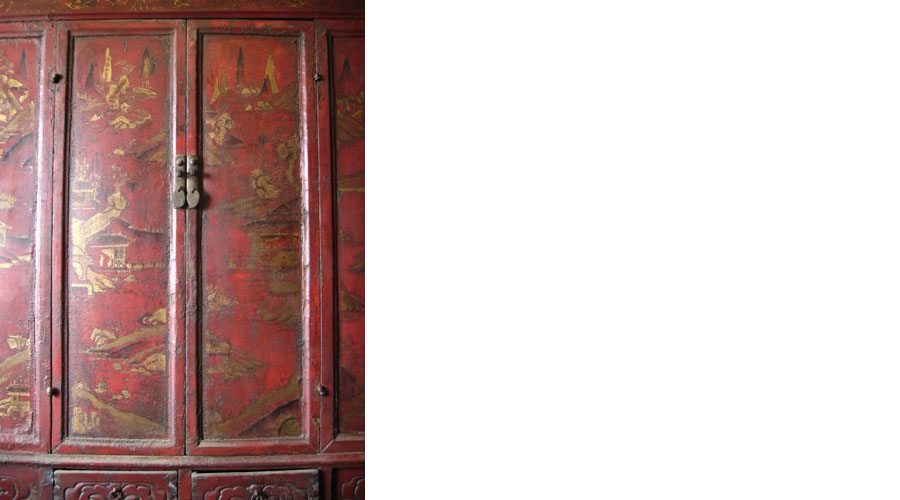 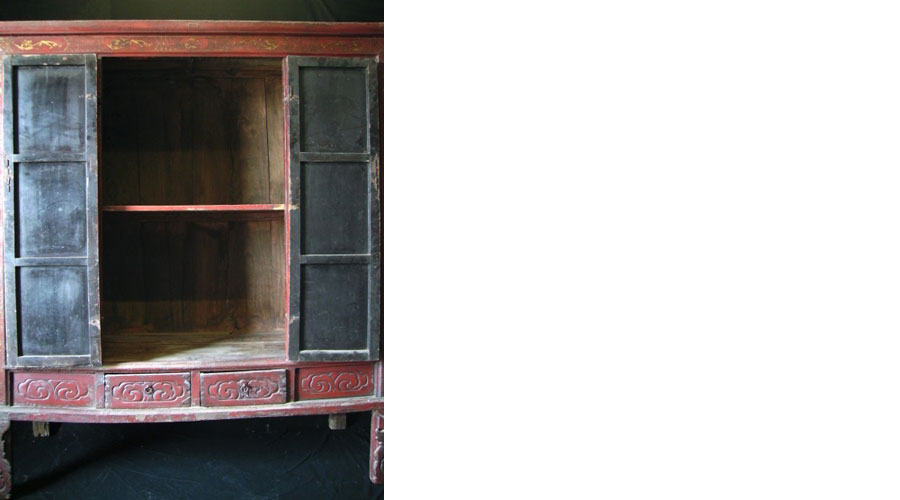 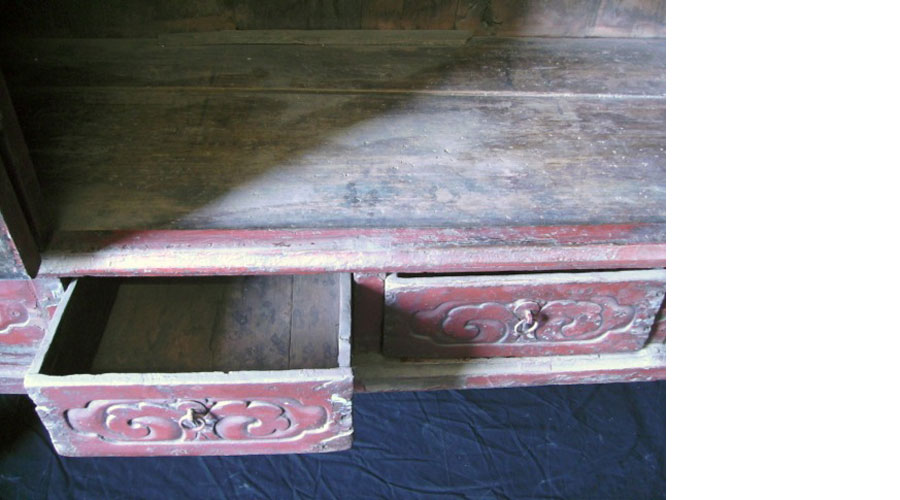 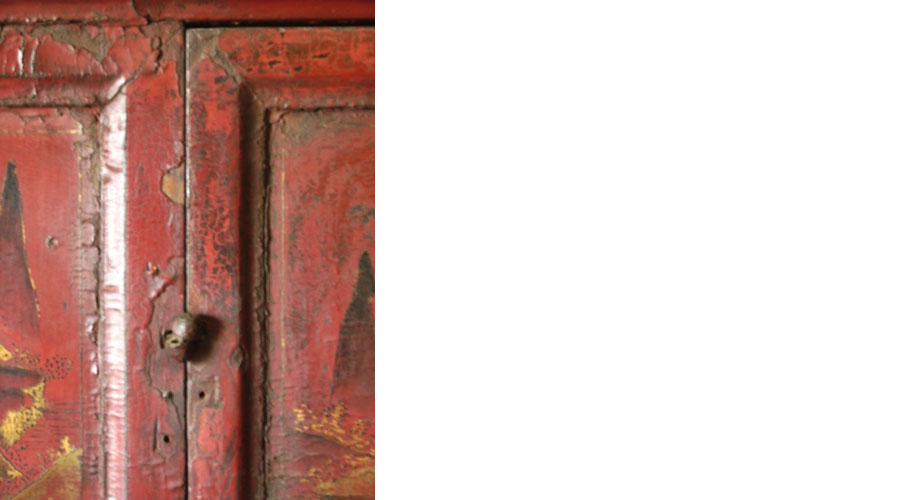 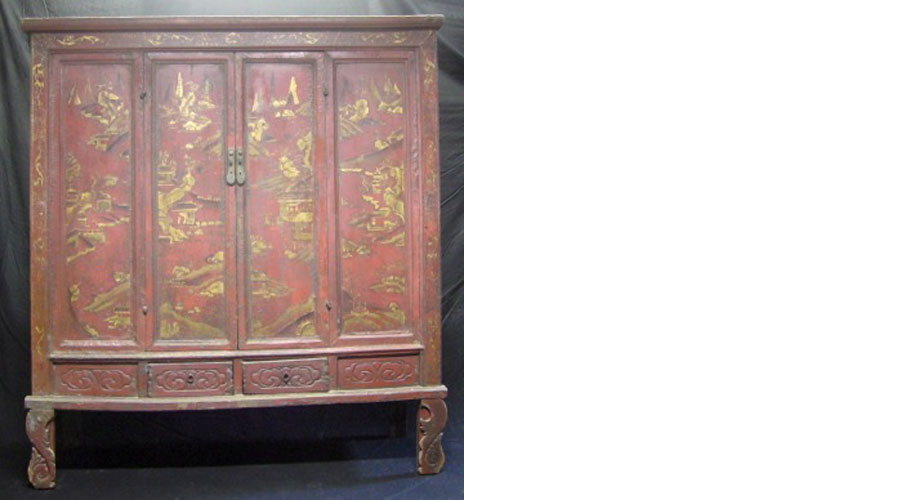 Two door cabinet with two drawers. Shanxi province, late Ming ca. 1600. The halfround hinges are typical for the Wanli period (1573-1619) Inside there’s a shelve. The foundation for the lacquer on the outside consists of blue dyed textile glued upon the wood. This technique is typical for the Ming period and was not used afterwards on large pieces of furniture. The aim was to prevent the wood from cracking and therefore stabilizing the lacquer. Condition: the red lacquer has been „refreshed” with a thin layer and the details in gold are re-newed. In all probabiity the Chinese thought the original condition was too much worn. One side is red, one is black lacquered. The hardware on the doors is old but replaced. Not in a perfect condition but a rare and early example.