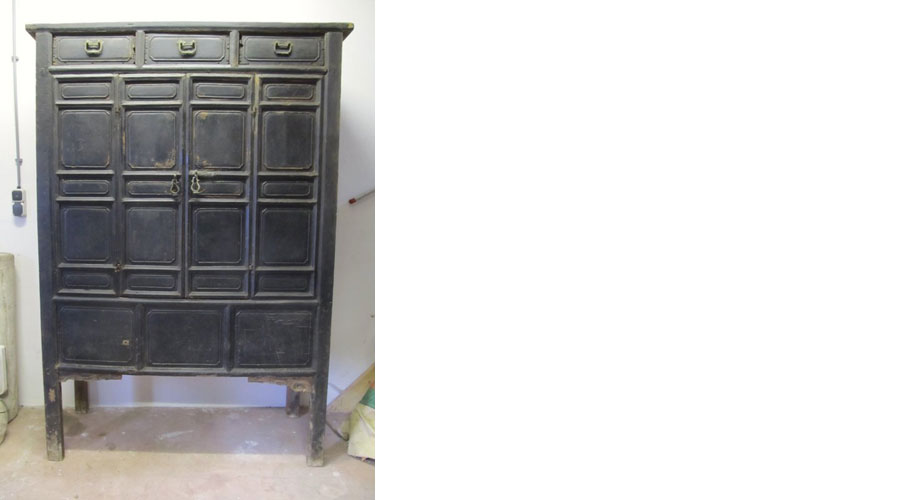 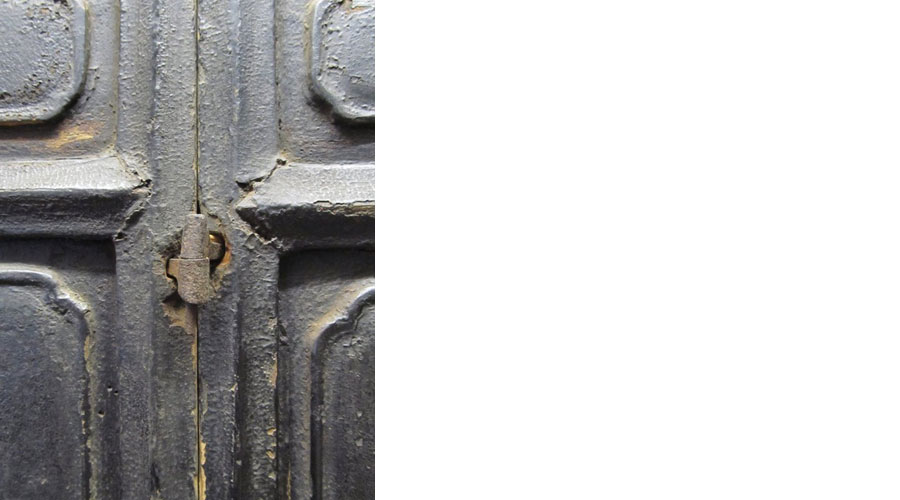 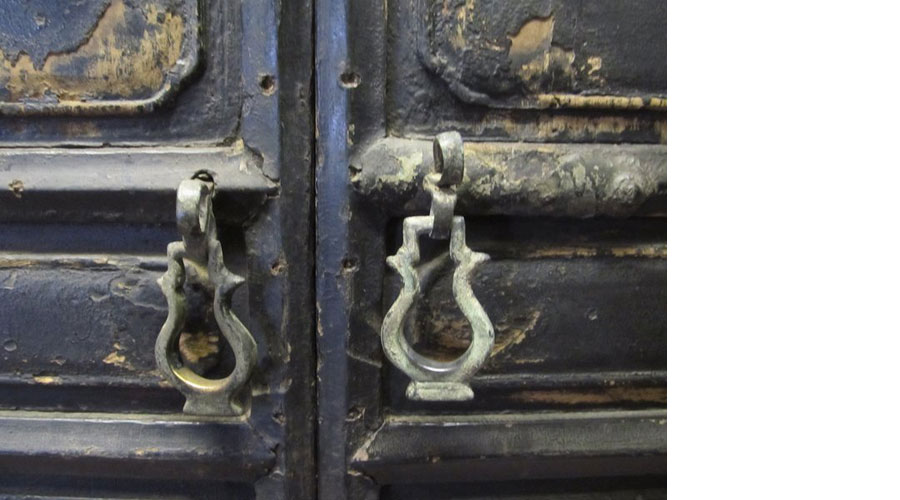 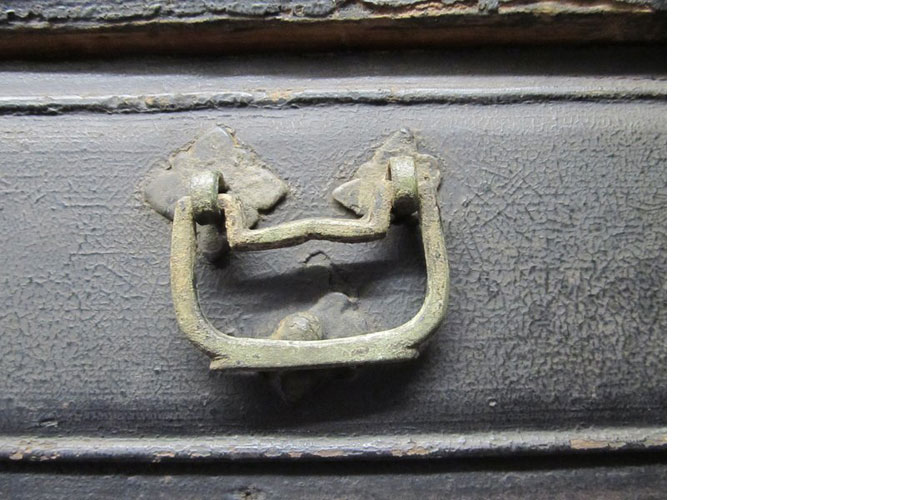 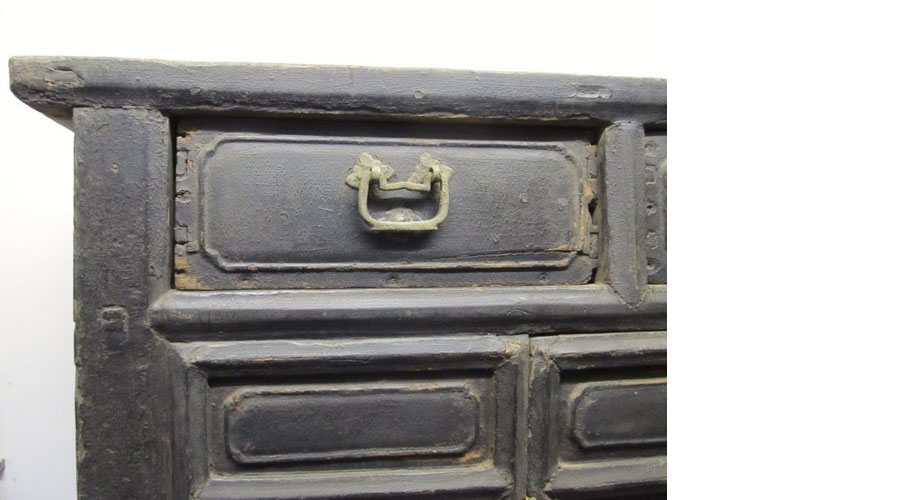 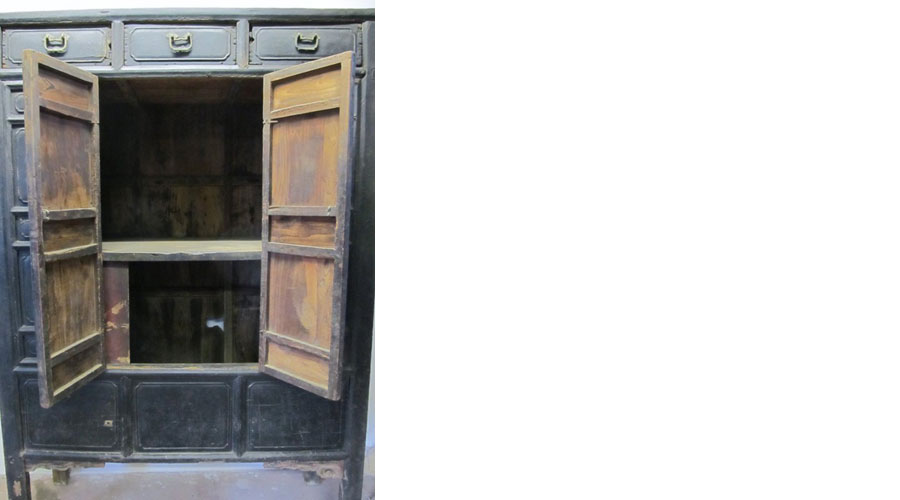 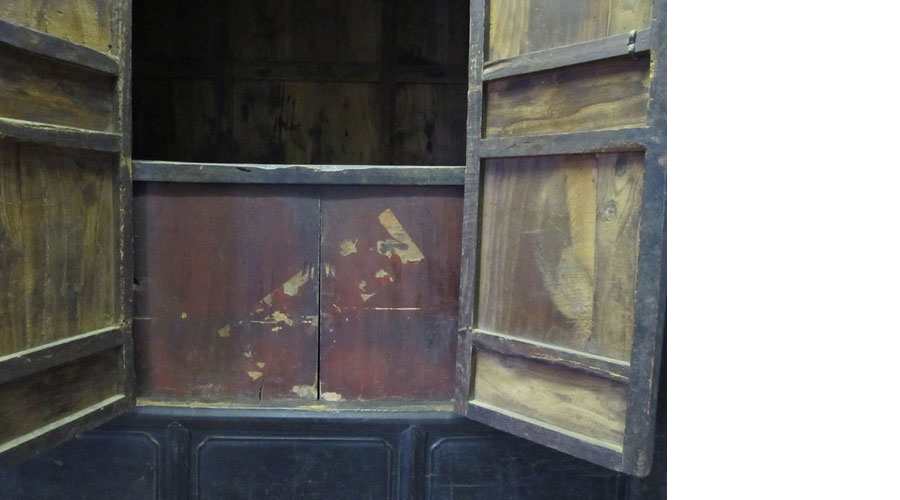 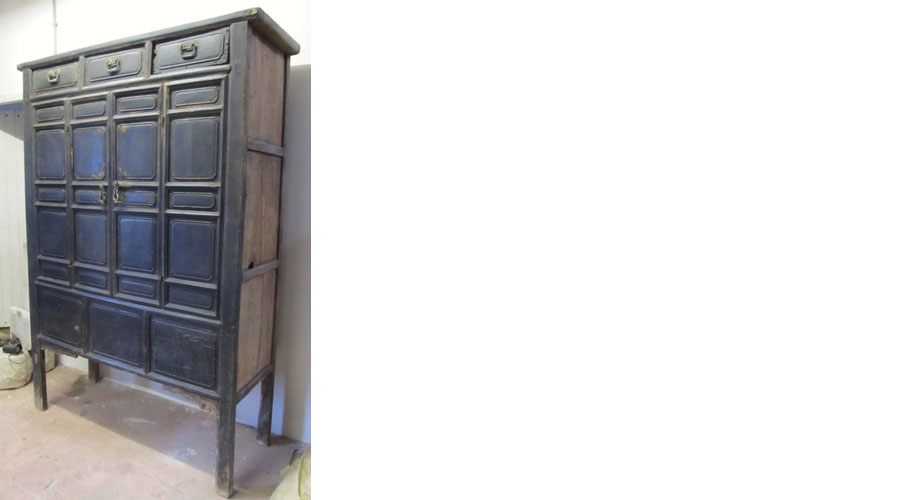 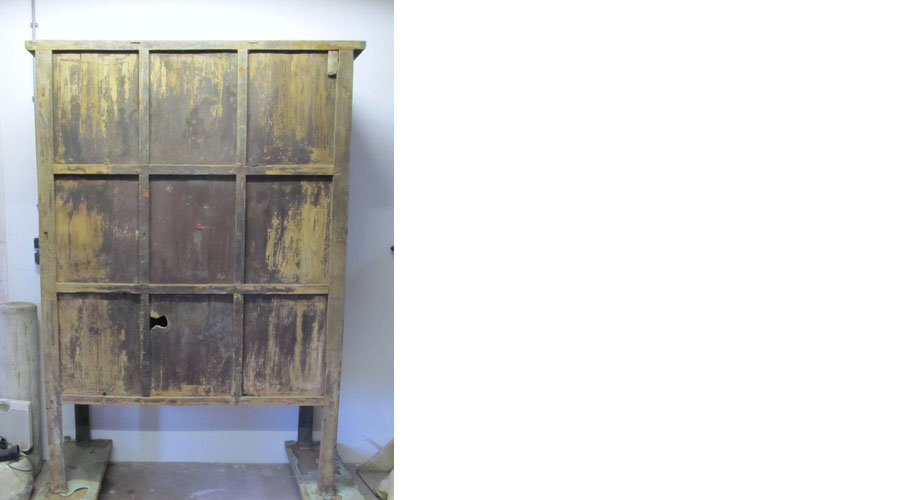 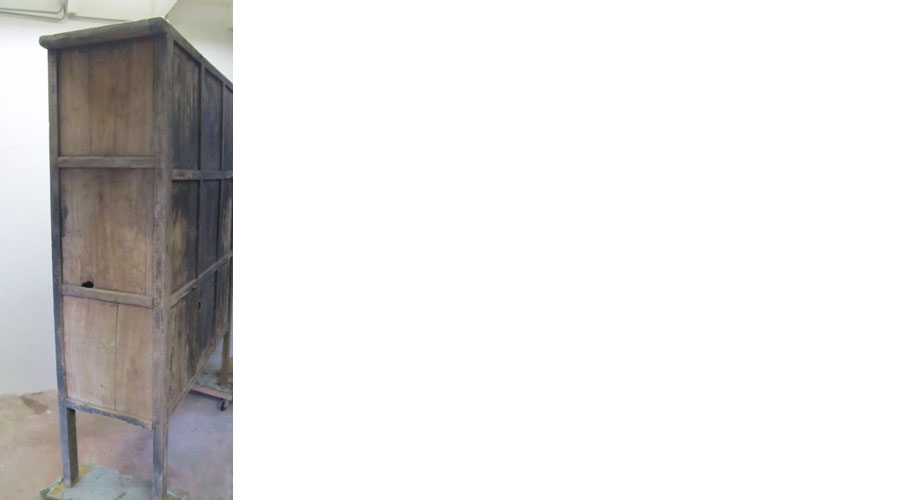 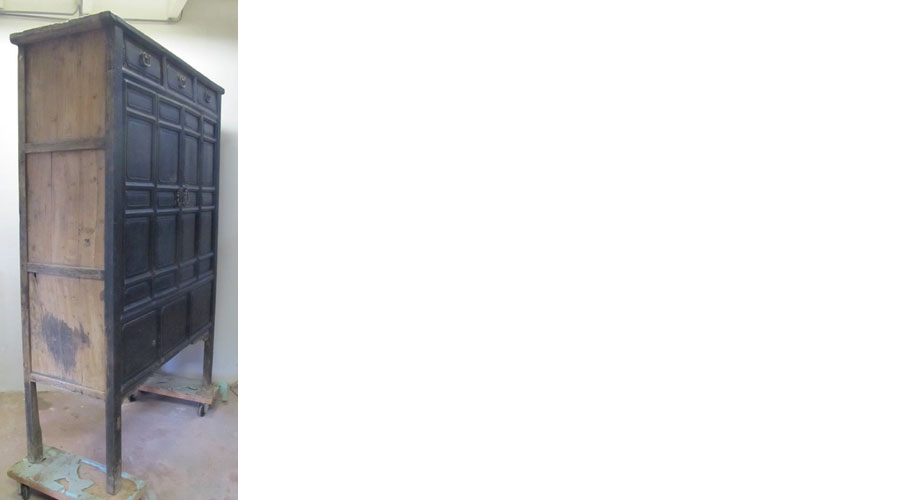 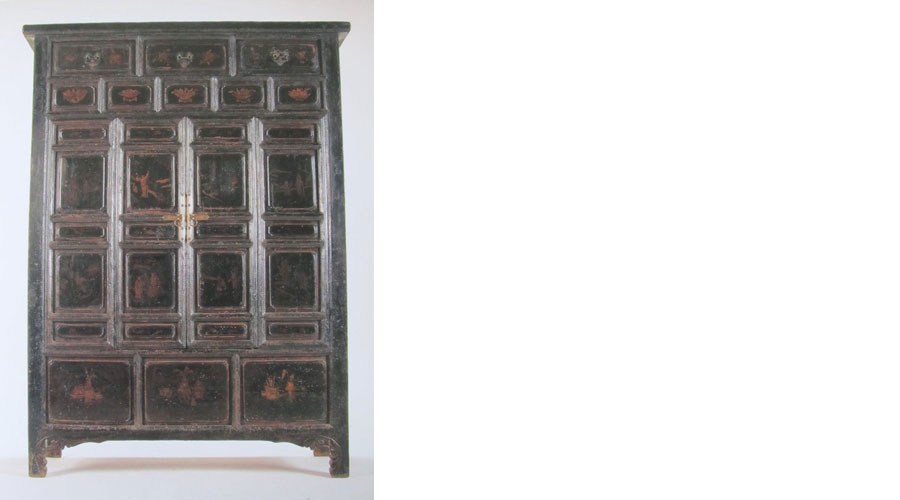 Two door cabinet with three drawers at the top, Shanxi province, second half 17th century. The paneled front and the top end drawers are typical for the Ming-period. It would be safer though to date it early Qing dased on details such as the flat spandrels on the sides, the lacquer and the type of hinges used. The front is finished in an old black laquer that might not be the first state; there are previous layers under it of which the oldest is black as well. The laquer that must have covered the sides is gone altogether. The inside doesn’t show any trace of finishing layers of lacquer. There is one shelf under which a big storage-compartment which can be closed by two sliding doors. The wrought-iron hinges are partially original but most is replaced. The sturdy brass hardware on the drawers and doorlocks is original though the cross-placed lockplates on the doors are missing- less one strip. Waxed- not re-lacquered Dim.: WxDxH 138x53x208cm