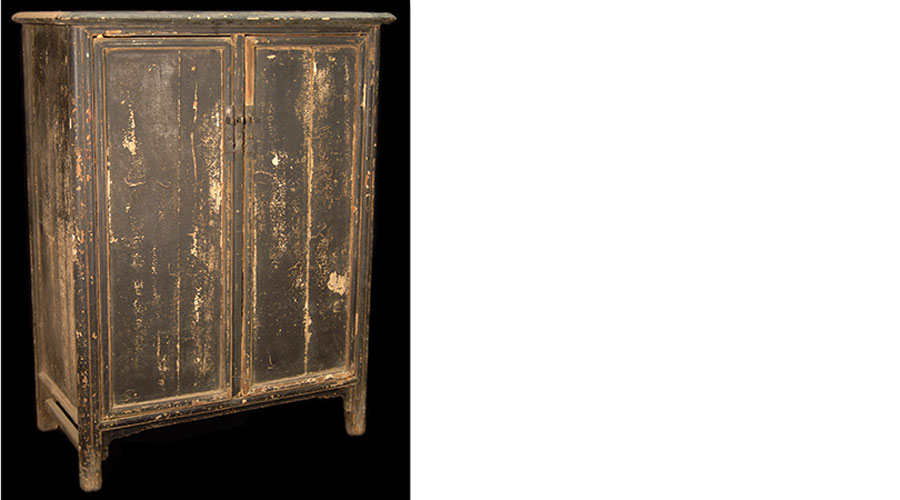 Two door roundcorner cabinet, Shanxi province, first half 18th century. Front and sides black lacquer on clay over textile lining. The inside is finished in a orange-red lacquer. Hardware is part original, partly replaced. The lacquer on the centre-post between the doors is restored. The door-frame’s moulding is repeated on the front of the cabinet. The doors turn on wooden pivots (repaired). It’s a typical example of the grey area that the change of style from Ming to Qing actually has been. Type and model in general and the use of textile lining are elements that could be called Ming. The kind of red lacquer used on the inside is also not uncommon for Ming cabinets. Other elements however, such as the addition of a clay layer on the textile and the spandrels at the sides between the legs, are so typical Qing that it is fair to say that this style already has the upper hand here. Dim.: WxDxH 117x60x154cm