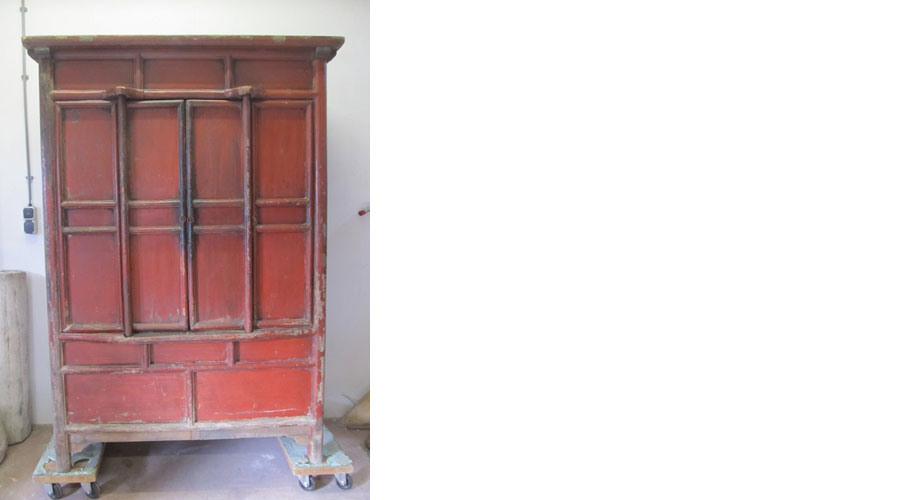 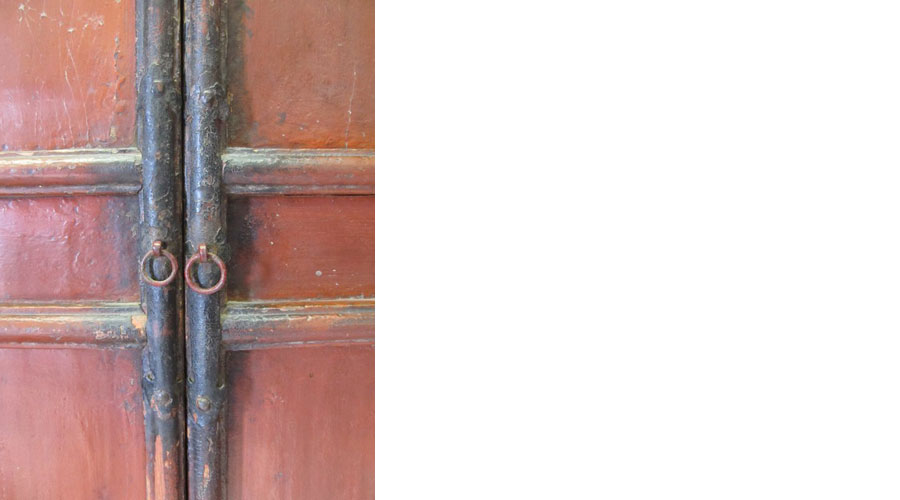 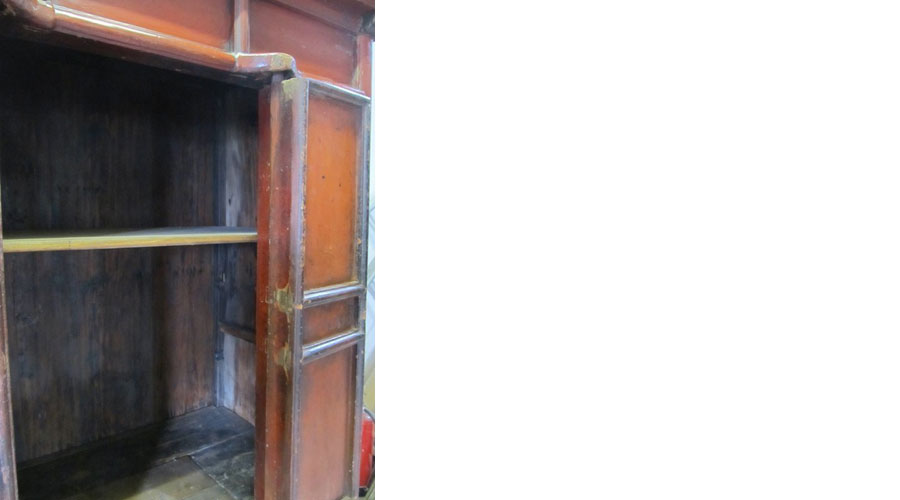 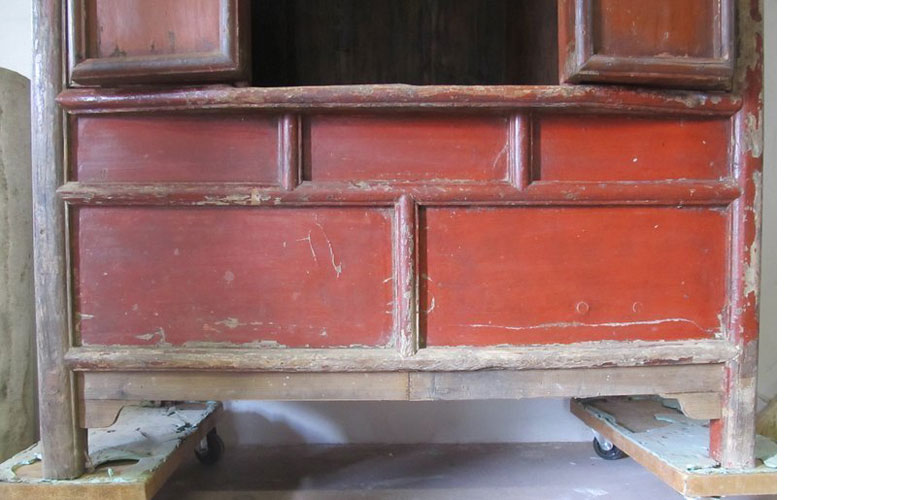 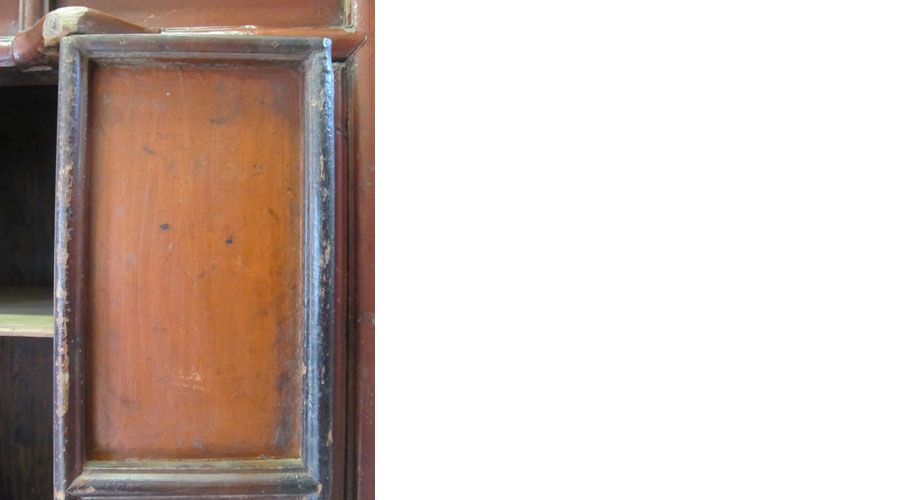 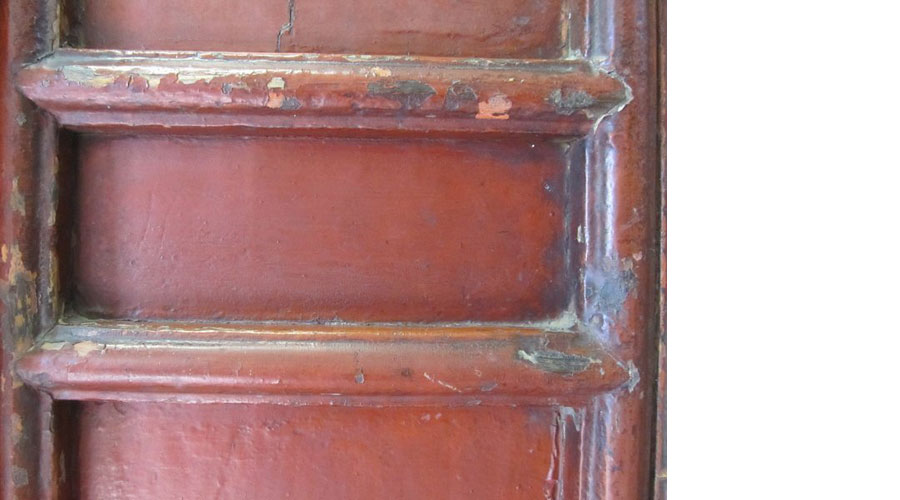 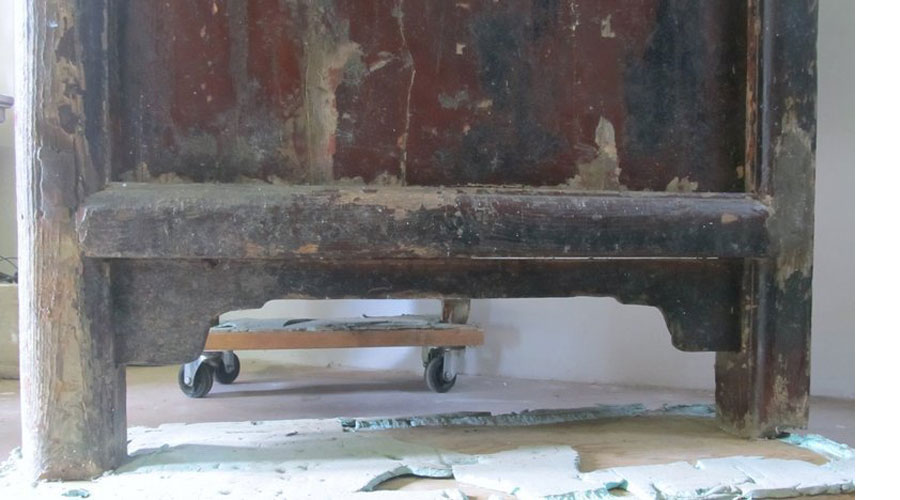 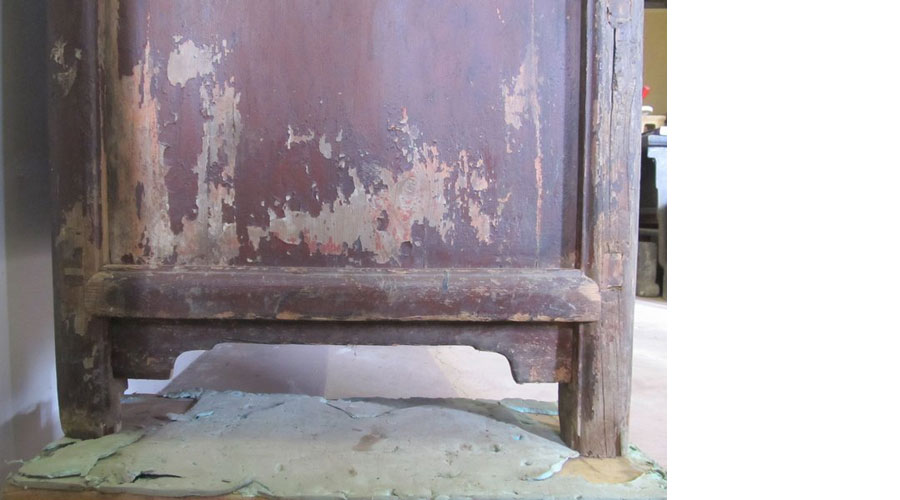 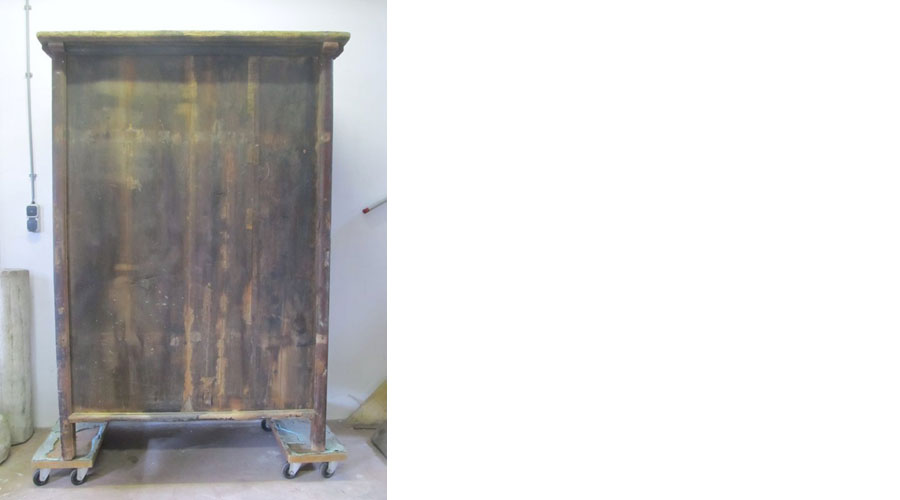 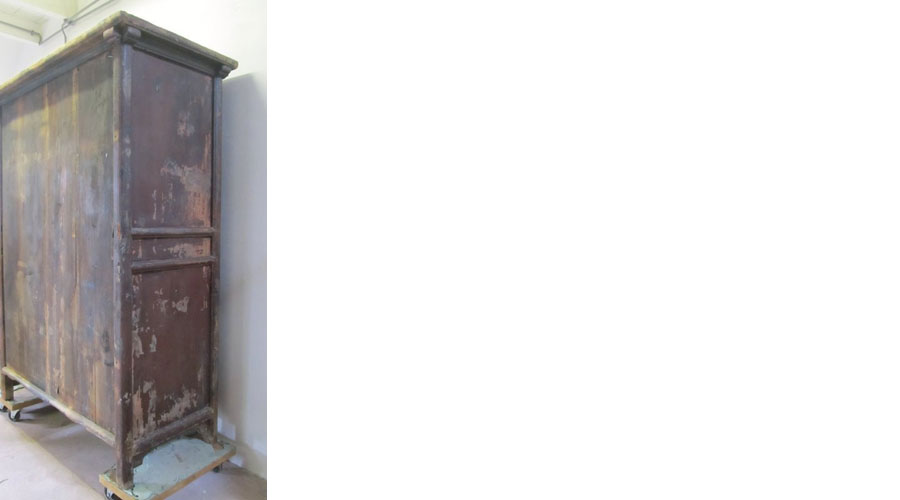 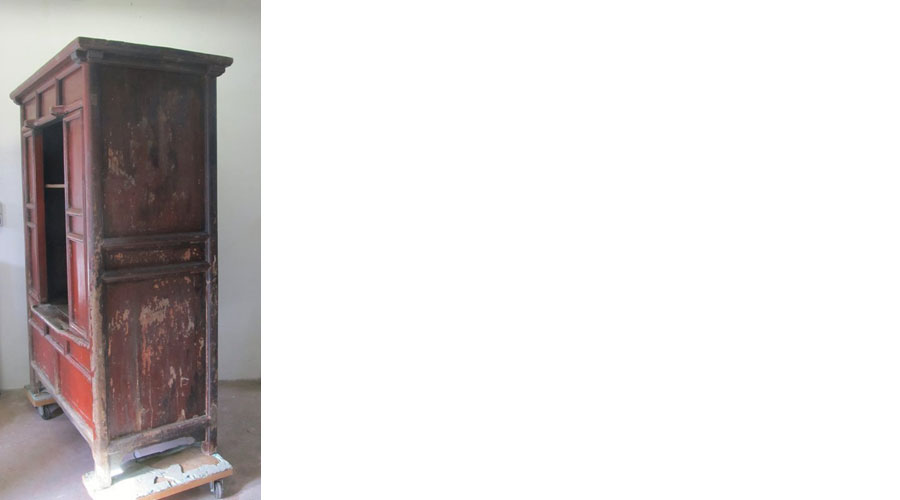 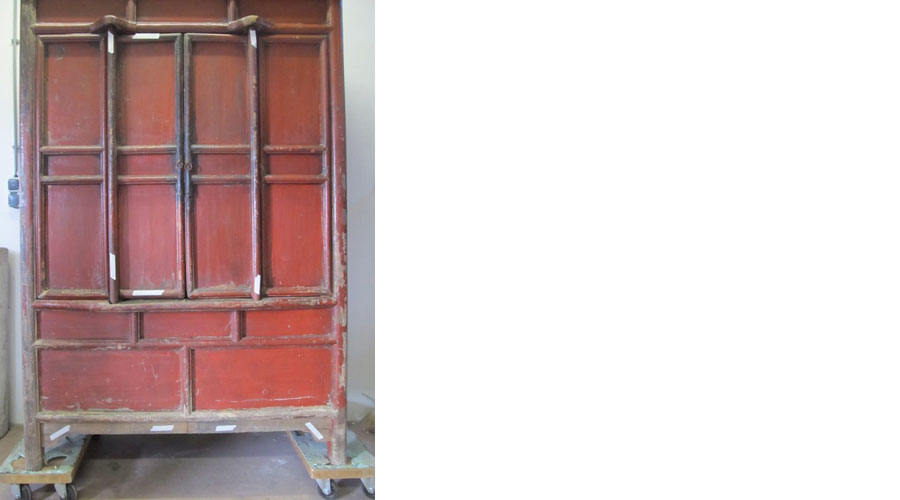 Two door cabinet, Shanxi province, late Ming / early Qing 17th century. It’s compact proportions, the cap extending to three sides and the order of panels and stretchers put this cabinet firmly in the Ming tradition. It isn’t said though that this dates the cabinet automatically pre-1644; the change of style from Ming to Qing didn’t happen overnight. The old Ming style echoed on through the second half of the 17th century and made place only little by little to new style elements. Old red lacquer on the front under which at some spots one can see the first layer of lacquer; a dark purple strongly cracked lacquer. On the sides a partially flaked off purple-brown laquer that appears to be the first state. Original hardware. All pivots of the doors are replaced as well as two horizontal door-stretchers. The apron between the front legs is replaced as well as the shelfboard and the hatch inside. Waxed, not re-lacquered. Dim.: WxDxH 136x73x190cm