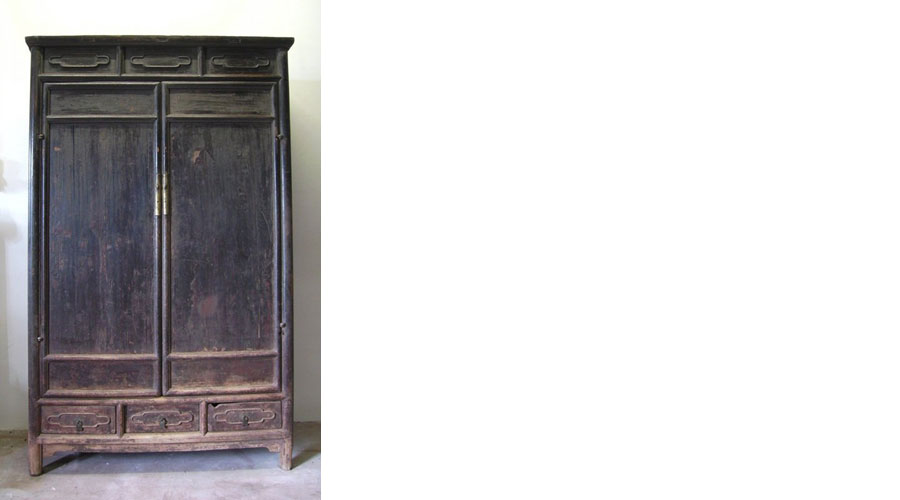 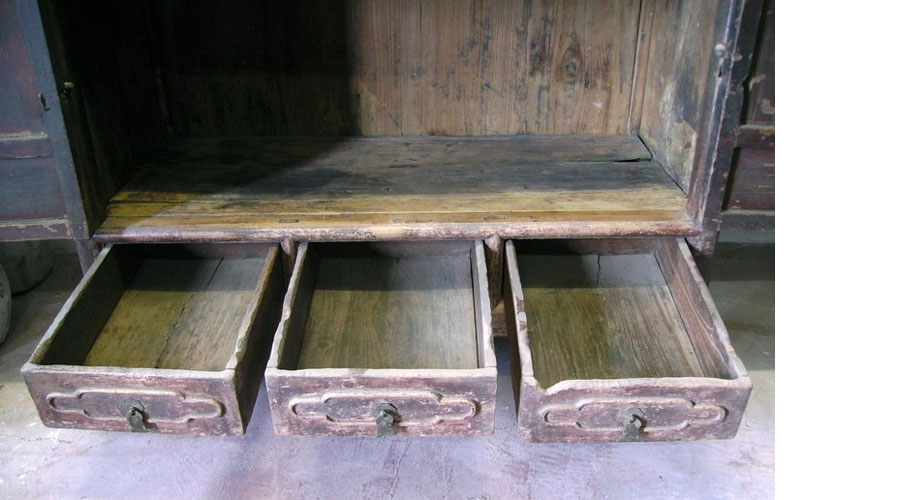 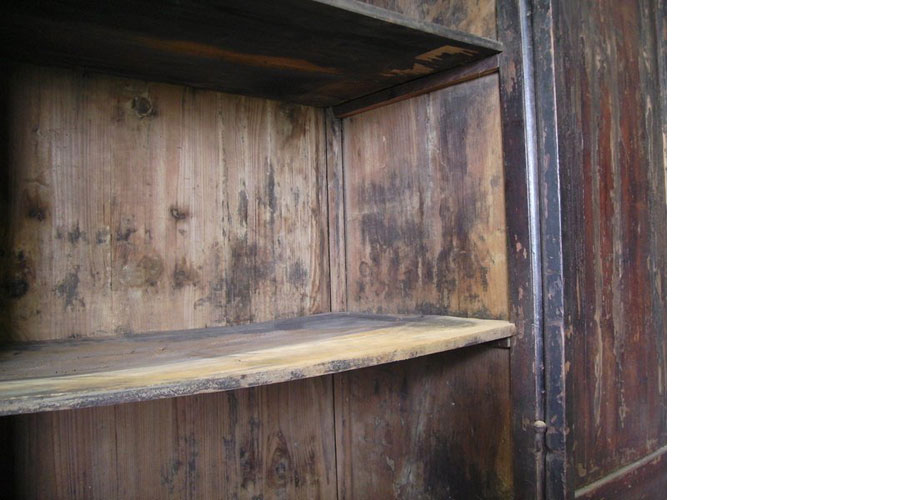 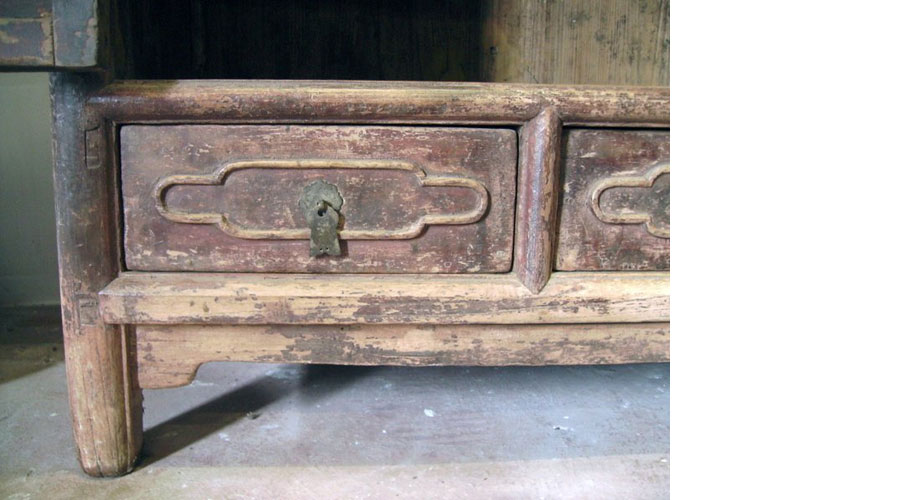 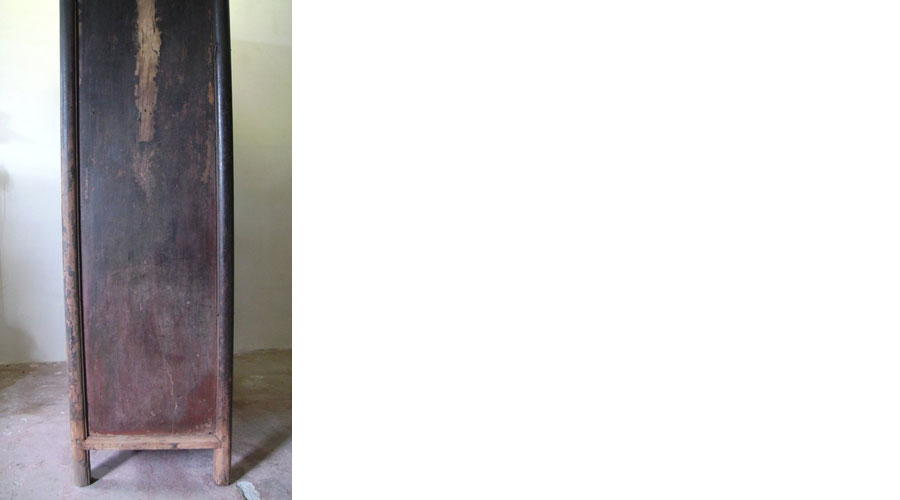 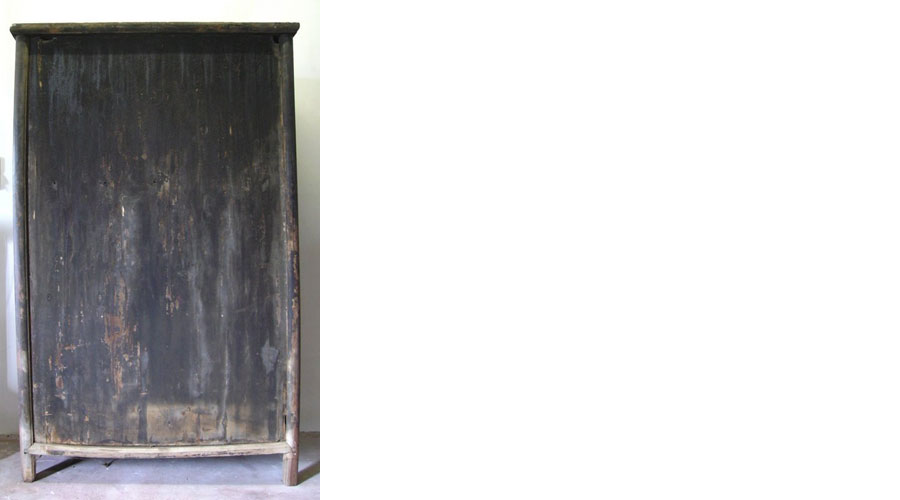 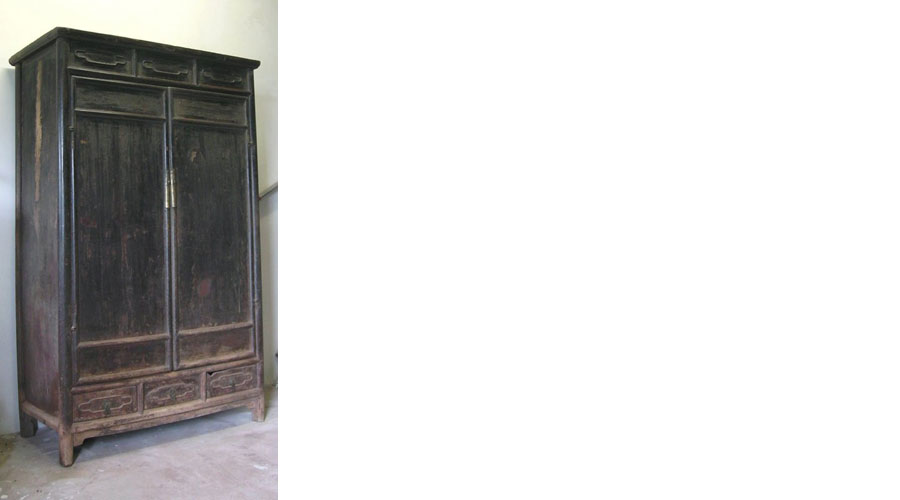 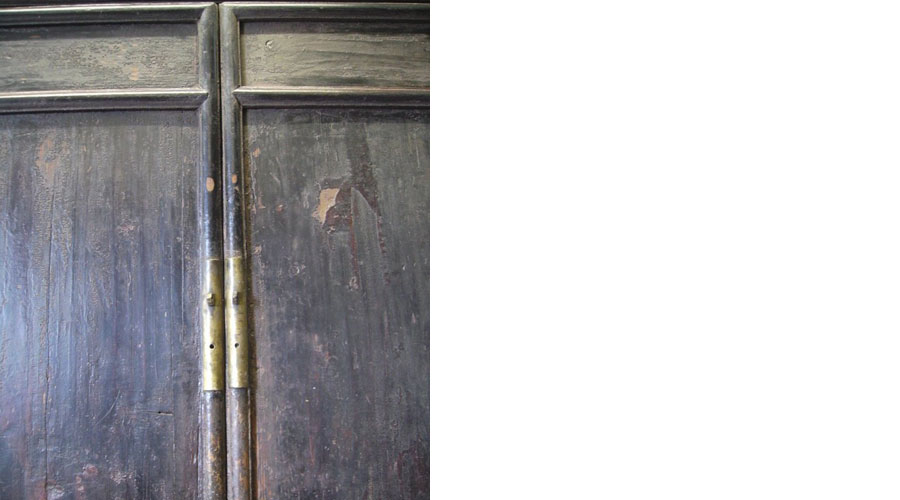 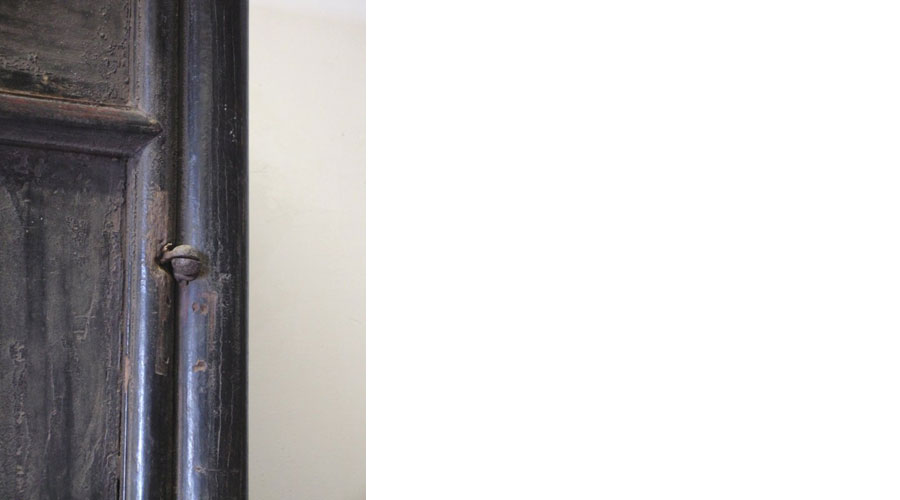 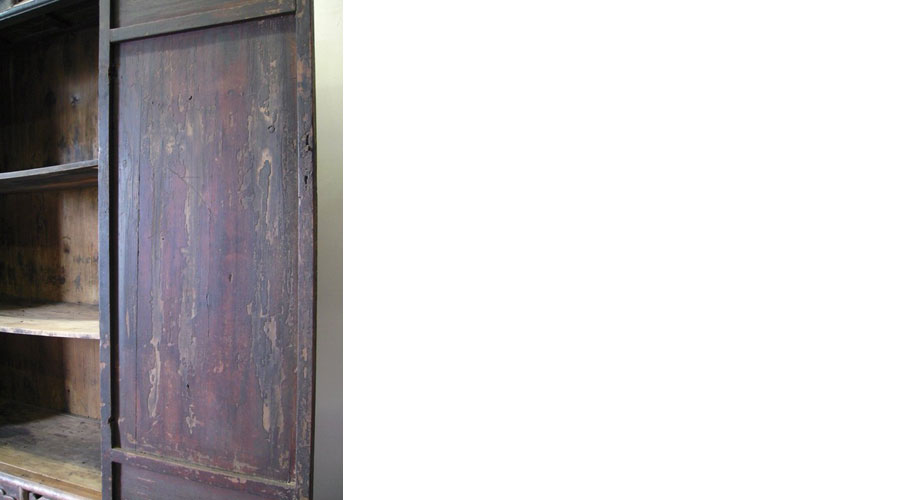 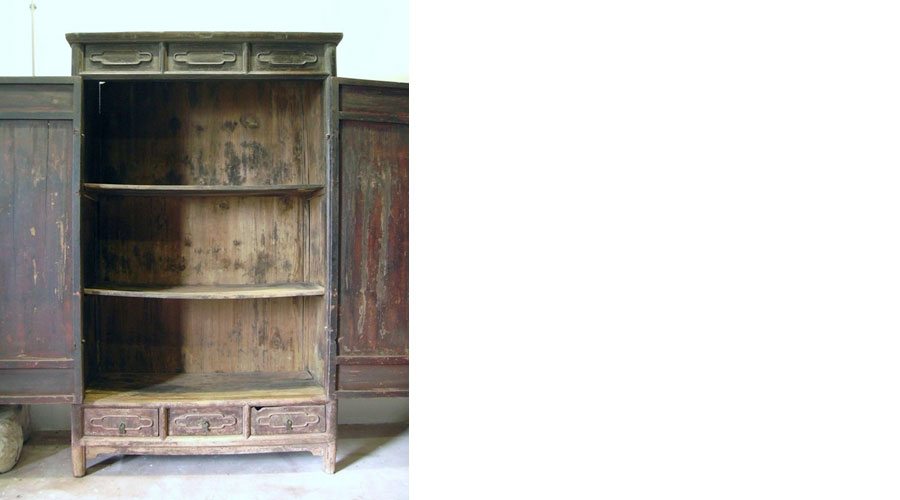 Two-door cabinet with three drawers at the base, Shanxi province. Period in all probability late Ming, around 1600. Material: elm and/or walnut, pine and various other softwoods. All original hardware is still in place but the tiers on the doors are missing. The hinges, consisting of two halfround iron discs, are known from several documented cabinets with Wanli mark (1573-1619) in the Forbidden City and, as a type, fully disappear not long after his reign. The first state has been a bright red colour that is still here and there visible, especially on the inside of the doors. Later coatings of dark lacquer and the influence of smoke have given the cabinet it’s present dark patina. Except for the doors the inside appears to have not been finished with lacquer. The thick lacquer on the sides is strongly crackled and has partially flaked of. What remains is however stable. Restoration on one back-leg (rotten short). IMPORTANT: this cabinet has NOT been finished with modern lacquer. Outside and inside are lightly waxed only. Both shelves are original but the supporting stretchers have been replaced. Dim.: WxDxH 111x54x177cm.