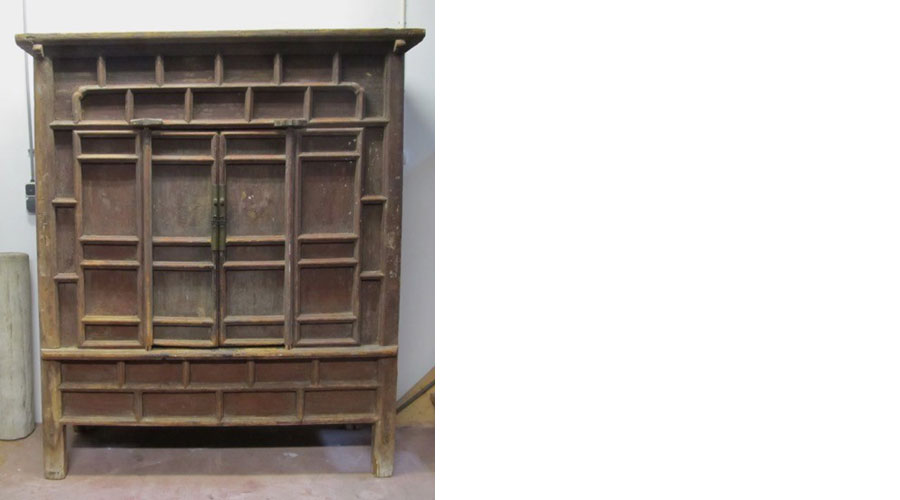 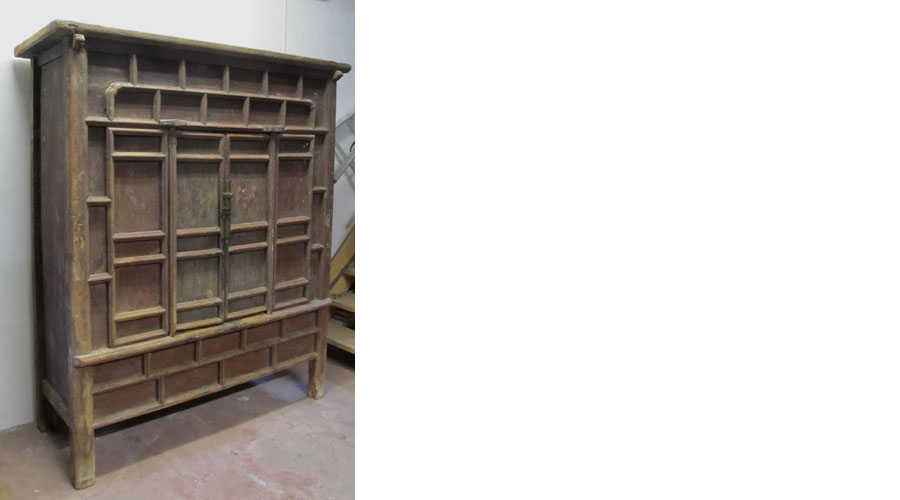 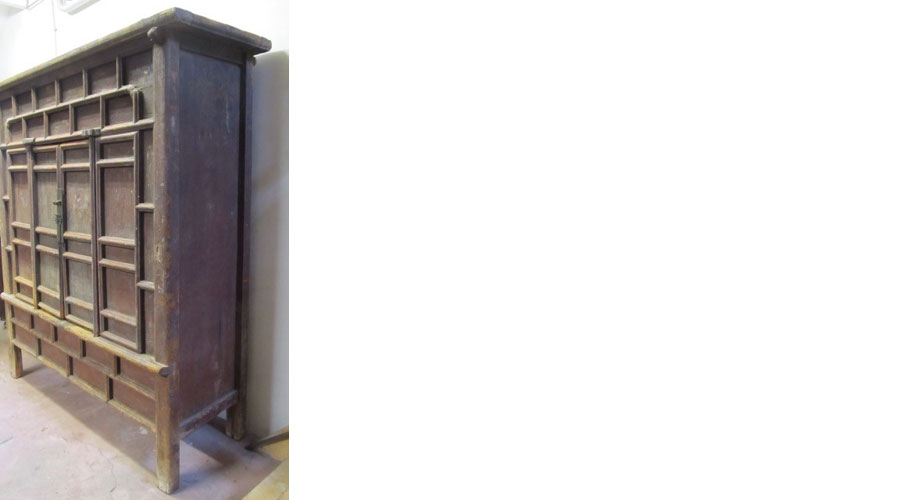 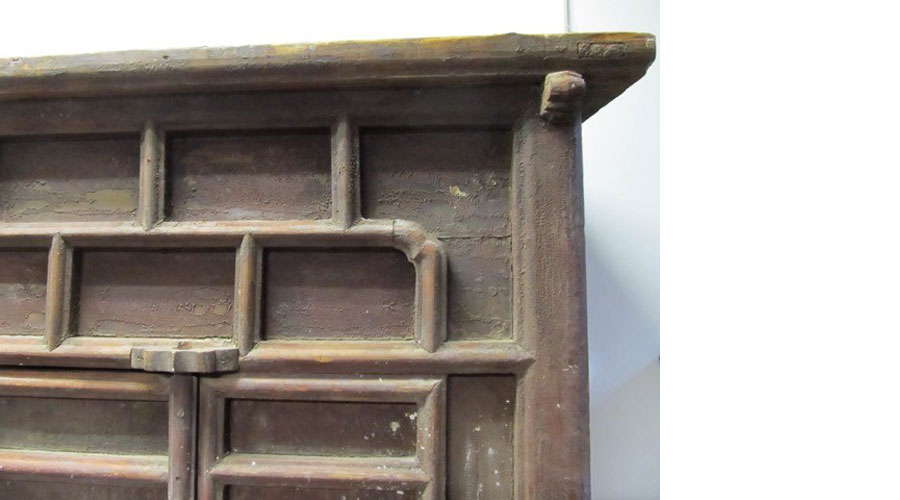 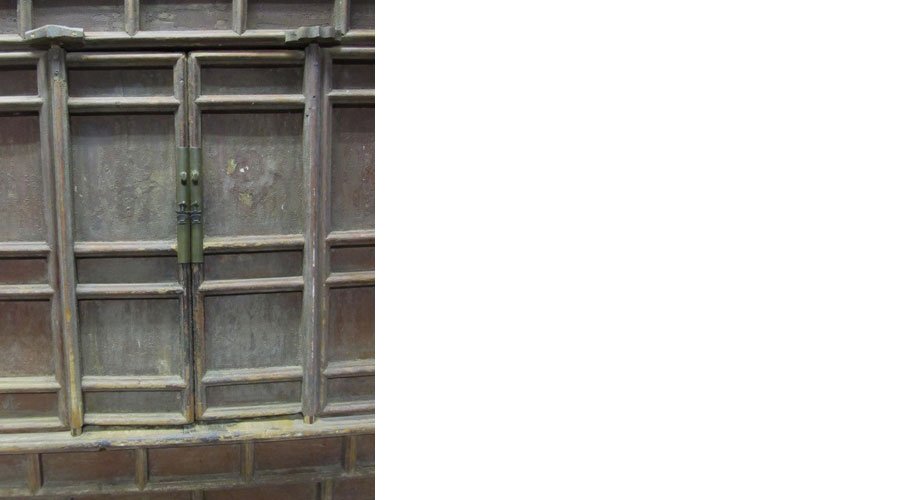 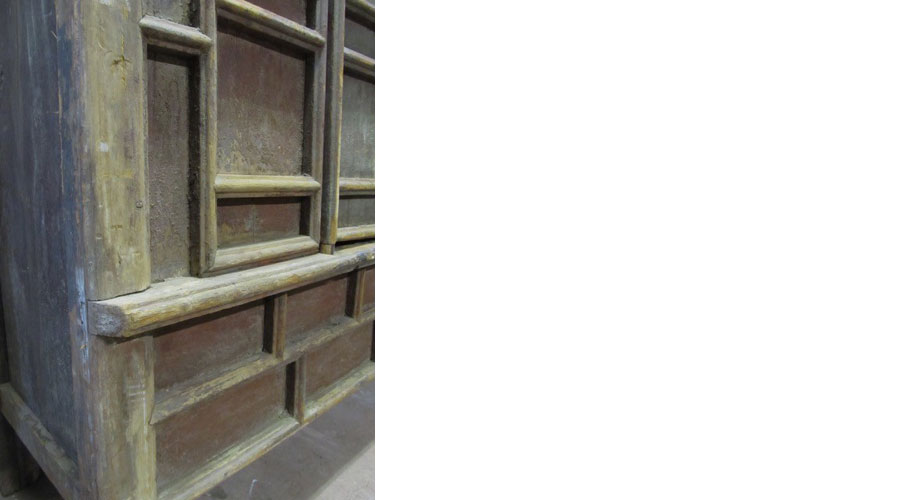 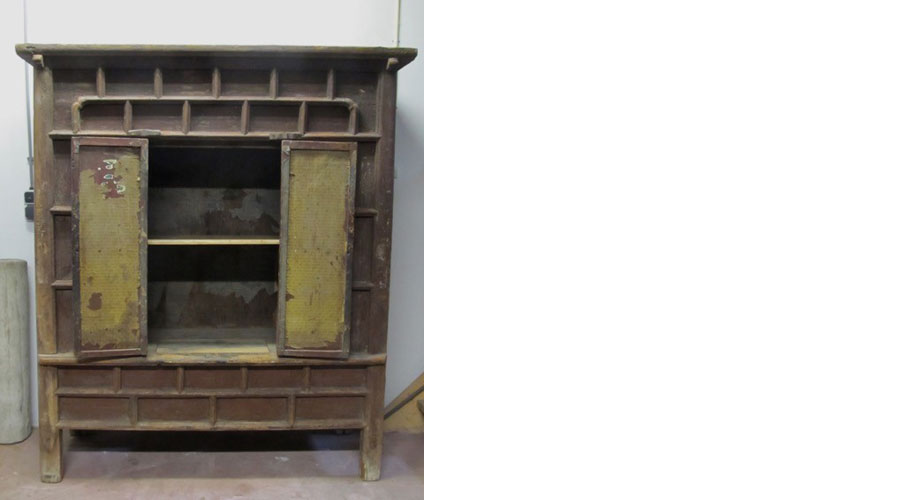 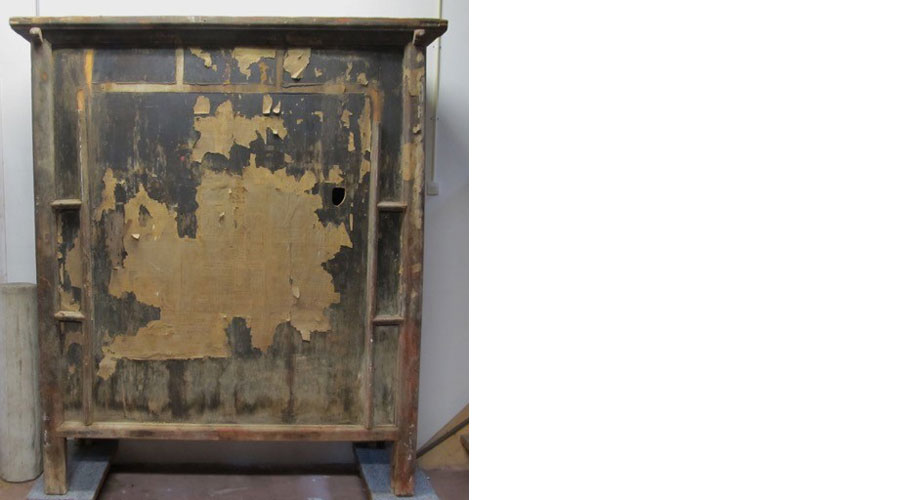 Two door cabinet, Shanxi province, late Ming or early Qing, 1650-1700. An impressive cabinet dating from the end of the Ming period or shortly after. The crusty lacquer on the front is typical for the 18th C. but at the back and on one side there are older layers of black lacquer visible that are more typical for the 17th C. The lattice grid on the front is mainly decorative and has no structural function. It is remarkable that the same grid is applied on the back of the cabinet as well. The cabinet is raw as found and yet untreated. The hardware is replaced as is the shelve inside. Dim.: WxDxH 160x62x197cm.